Travelled On His Shape 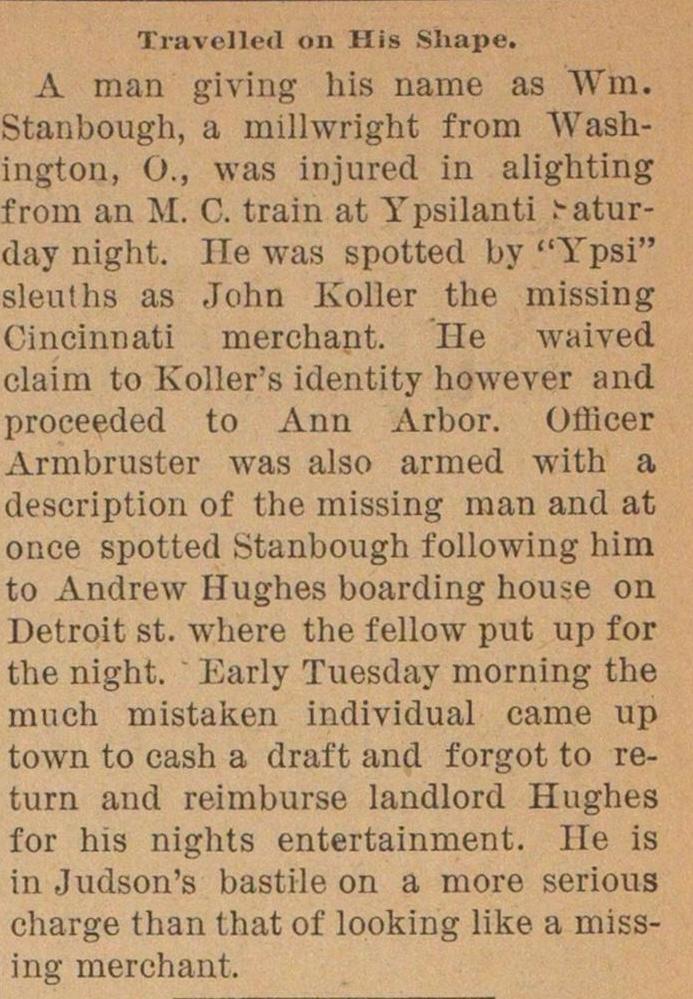 A man giving his name as Win. Stanbough, a millwright from AVashington, O., was injured in alighting from an M. C. train at Ypsilanti :-aturday night. lie was spotted by "Ypsi" Bleuths as John Koller the missing Cincinnati merchant. He waived claim to Koller's identity however and proceeded to Ann Arbor. üflicer Armbruster was also armed with a description of the missing man and at once spotted Stanbough following him to Andrew Hughes boarding house on Detroit st. where the fellow put up for the night. ' Early Tuesday morning the much mistaken individual carne up town to cash a draft and forgot to return and reimburse landlord Hughes for his nights entertainment. lie is in Judson's bastile on a more serious charge than that of looking like a missing merchant.