Reflected On The Solons 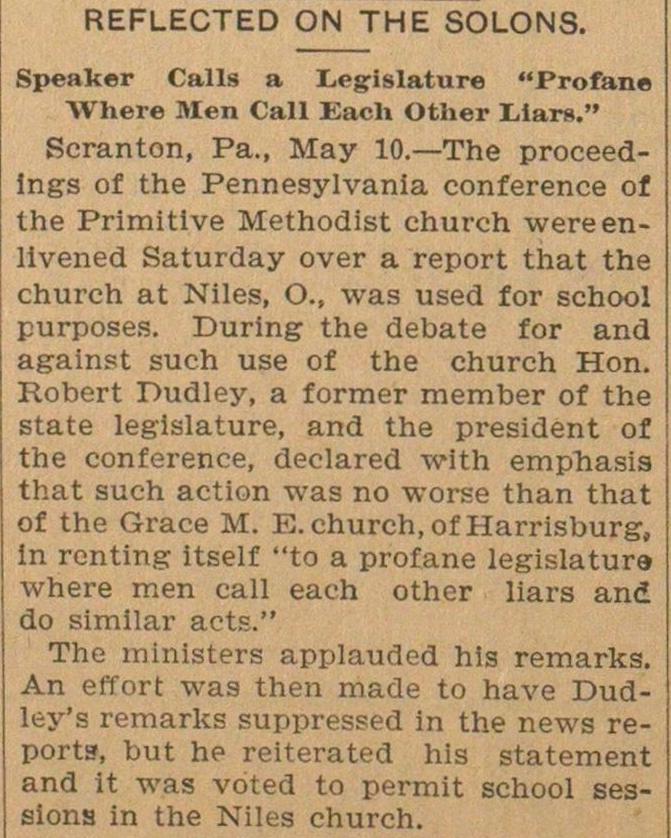 Scranton, Pa., May 10. - The proceedlngs of the Pennesylvania conference of the Primitive Methodist church wereenllvened Saturday over a report that the church at Niles, O., was used for school purposes. During the debate for and against such use of the church Hon. Robert Dudley, a former member of the state legislature, and the president of the conference, declared with emphasis that such action was no worse than that of the Grace M. E. church, of Harrisburg, In renting itself "to a profane legislatura where men cali each other liars and do similar acts." The ministers applauded hls remarks. An effort was then made to have Dudley's remarks suppressed in the news reports, but he reiterated his statement and it was voted to permit school sessiona in the Niles church.