The Great Meet Of Turners 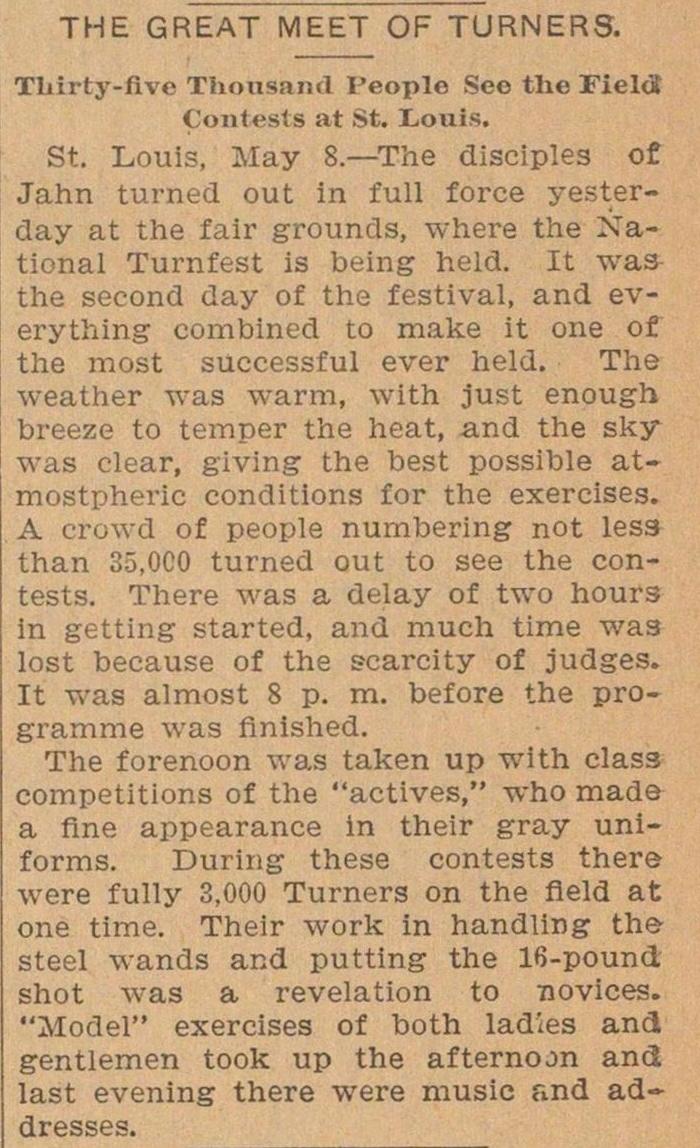 St. Louis, May 8. - The disciples of Jahn turned out in full force yesterday at the fair grounds, where the Xational Turnfest is being held. It wasthe second day of the festival, and everytliing combined to make it one of the most successful ever held. The weather was warm, with just enough breeze to temper the heat, and the sky was clear, giving the best possible atmostpheric conditions for the exercises. A crowd of people numbering not Ies3 than 35,000 turned out to see the contests. There was a delay of two hours [n getting started, and much time wa3 lost because of the scarcity of judges. It was almost 8 p. m. before the programme was flnished. The forenoon was taken up with class competitions of the "actives," who made a fine appearance in their gray uniforms. During these contests there were fully 3,000 Turners on the field at one time. Their work in handling thesteel wands and putting the 16-pound shot was a revelation to novices. "Model" exercises of both ladies and gentlemen took up the afternojn and last evening there were music and addresses.