Contest Over Colt Will 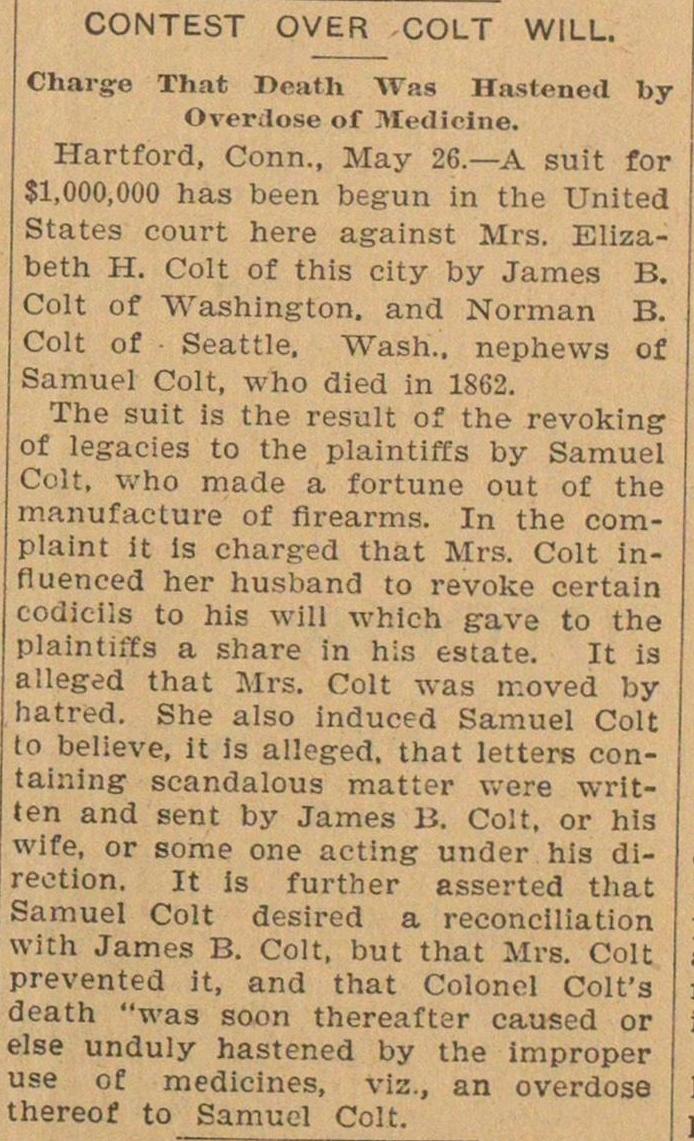 Hartford, Conn., May 26.- A suit for $1,000,000 has been begun in the United States court here against Mrs. Elizabeth H. Colt of this city by James B. Colt of Washington, and Norman B. Colt of ■ Seattle. Wash.. nephews of Samuel Colt, who died in 1862. The suit is the result of the revoking of legacies to the plaintifïs by Samuel Colt, who made a fortune out of the manufacture of firearms. In the complaint it is charged that Mrs. Colt influenced her husband to revoke certain codicils to nis will which gave to the plaintiffs a share in his estáte. It is alleged that Mrs. Colt was moved by hatred. She also induced Samuel Colt to believe, it is alleged. that letters containing seandalous matter were written and sent by James B. Colt, or hls wife, or some one acting under his direetion. It is further asserted that Samuel Colt desired a reconciliation with James B. Colt, but that Mrs. Colt prevented it, and that Colonel Colt's death "was soon thereaftar caused or else unduly hastened by the improper use of medicines, vis., an overdosa thereof to Samuel Colt.