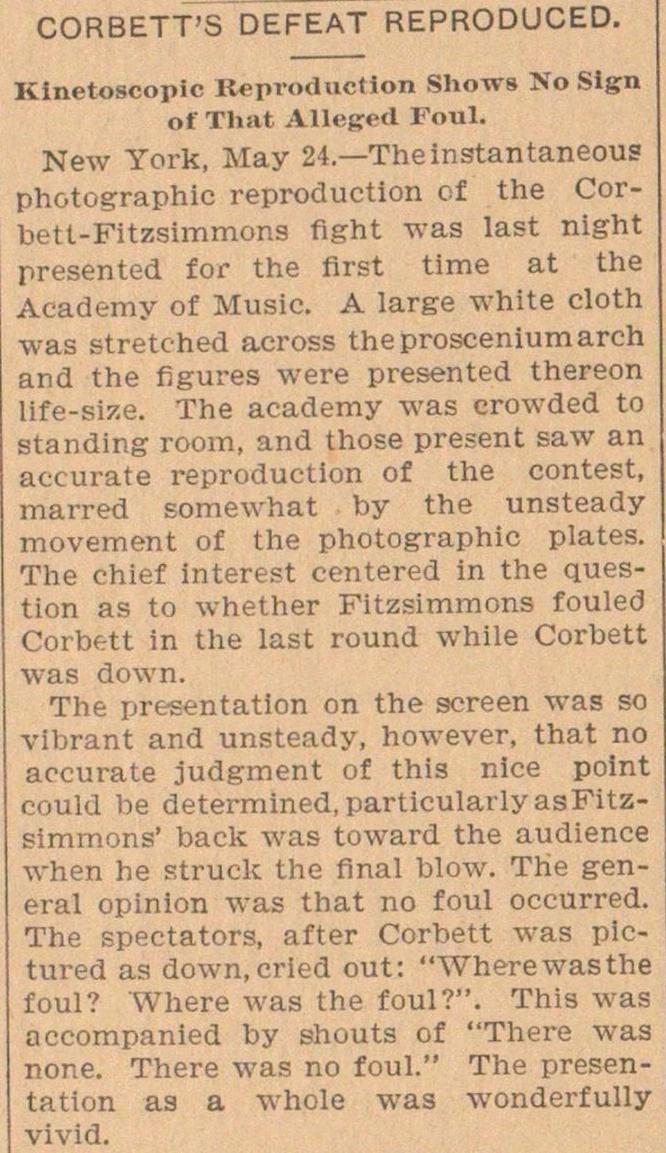 New York, May 24.- Theinstantaneous photographic reproduction of the Corbetl-Fitzsimmons flght was last night presented for the first time at the Academy of Music. A large white cloth was stretched across theprosceniumarch and the figures were presented thereon life-size. The academy was crowded to standing room, and those present saw an accurate reproduction of the contest, marred somevvhat by the unsteady movement of the photographic plates. The chief interest centered in the question as to whether Fitzsimmons fouled Corbett in the last round while Corbett was down. Tli e presentation on the screen was so vibrant and unsteady, however, that no accurate judgment of this nice polnt could be determined, particularly as Fitzsimmons' baclc was toward the audience when he struck the final blow. The general opinión was that no foul occurred. The spectators, after Corbett was pictured as down, cried out: "Wherewasthe foul? Where was the foul?". This was accompanied by shouts of "There was none. There was no foul." The presentation as a whole was wonderfully vivid.