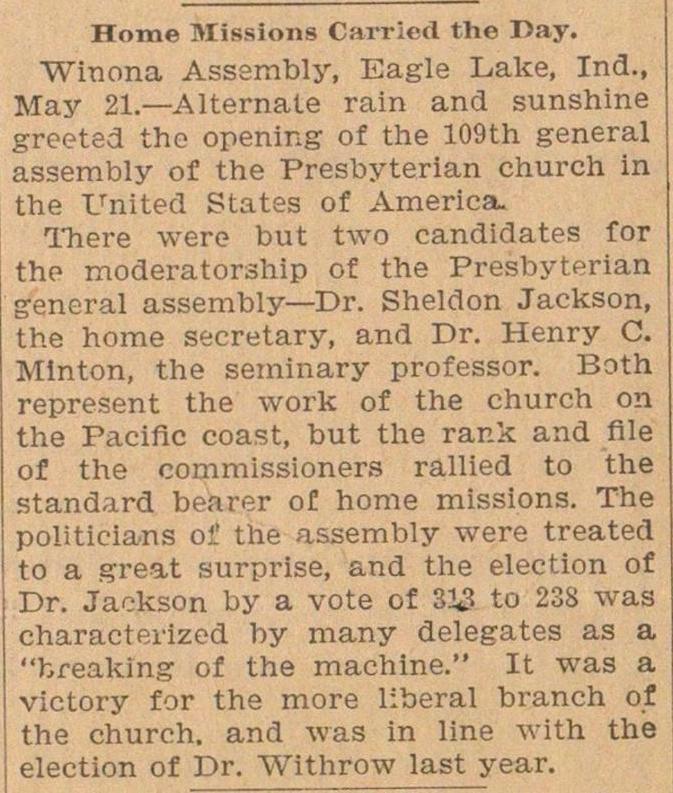 Winona Assembly, Eagle Lake, Ind., May 21. - Altérnate rain and sunshine greeted the opening of the 109th general assembly of the Presbyterian church in the United States of America. There were but two candidates for thp moderatorship oL the Presbyterian general assembly - Dr. Sheldon Jackson, 'the home secretary, and Dr. Henry C. Minton, the seminary professor. Bath represent the work of the church on the Pacific coast, but the rank and file of the commissioners rallied to the Standard bearer oí home missions. The politicians of the assembly were treated to a great surprise, and the election of Dr. Jaekson by a vote of 3Í3 to 23S was charactevized by many delegates as a 'breaking of the machine." It was a victory for the more liberal branch of the church. and was in line vith the election of Dr. Withrow last year.