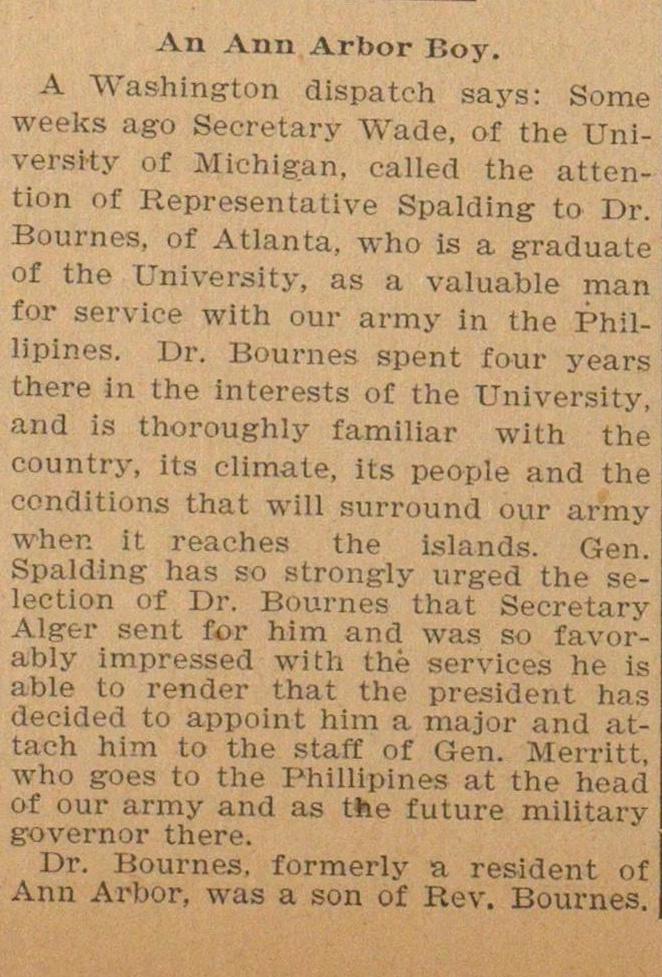 A Washington dispatch saya: Some weeks ago Secretary Wade, of the University of Michigan, called the attention of Represen tative Spalding to Dr. Bournes, of Atlanta, who is a gradúate of the lniversity, as a valuable man for service with our army in the Phillipines. Dr. Bournes spent four years there in the interests of the University, and is thoroughly familiar with the country, its climate, its people and the conditions that will surround our army wher. it reaches the islands. Gen. Spalding has so strongly urged the selection of Dr. Bournes that Secretary Alger sent for him and was so favorably impressed with thé services he is able to render that the president has decided to appoint him a major and attach him to the staff of Gen. llerritt, who goes to the Phillipines at the head' of our army and as the future military governor there. Dr. Bournes. formerly a resident of Ann Arbor, was a son of Rev. Bournes.