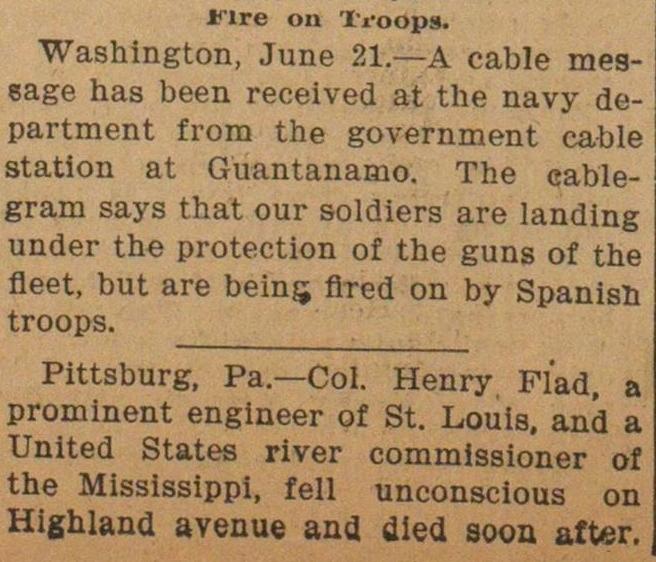 Washington, June 21.- A cable message has been received at the navy department from the government cable station at Guantanamo. The cablegram says that our soldiers are landing under the protection of the guns of the fleet, but are being flred on by SpanisH troops. Pittsburg, Pa.- Col. Henry Piad, a prominent engineer of St. Louis, and a United States river commissioner of the Mississippi, feil unconscious on Highland avenue and died soon alter.