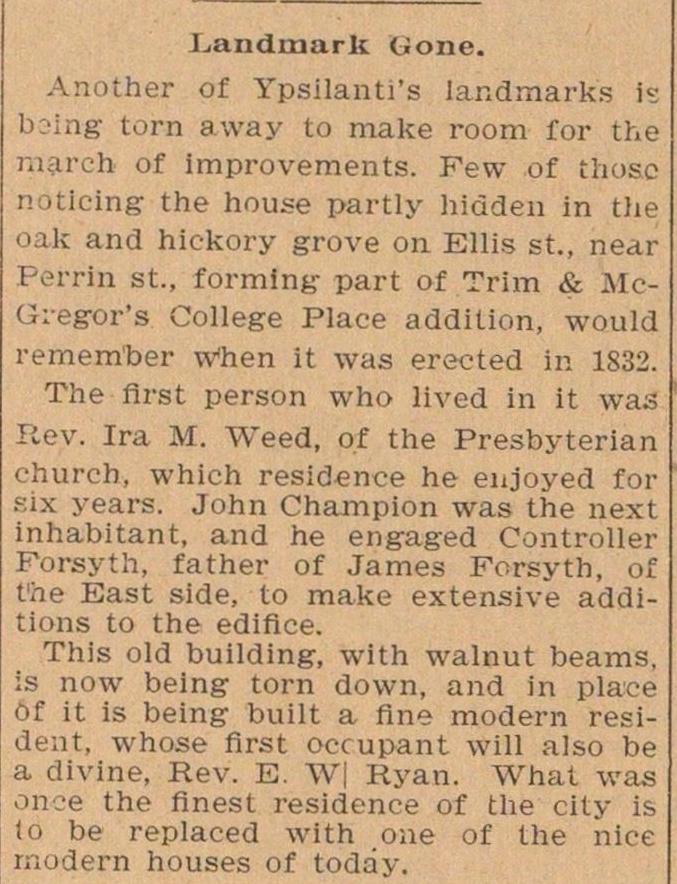 ither of Ypsilanti's Iandmarks Is boing torn away to make room for the march of improvements. Few of thoao noticing the house partly liiöden in the " ;U and hickory grove on Ellis st., near Perrin st., part of Trim & McGieg-or's College Place addition, would remem'ber when it was erected in 1832. The first person who lived in it was Rey. Ira M. Weed, of the Presbyterian church, which residence he enjoyed for six years. John Champion was the next inhabitant, and he engaged Controller Porsyth, father of James Forsyth, of t'h e East side, to make extensive additions to the ediflce. This old building, with walnut beams. is now being torn down, and in place Of it is being built a fine modern resident, whose first occupant will also be a divine, Rev. E. W Ryan. What was once the finest residence of the city is (o be replaced with one of the nire modern houses of todáy.