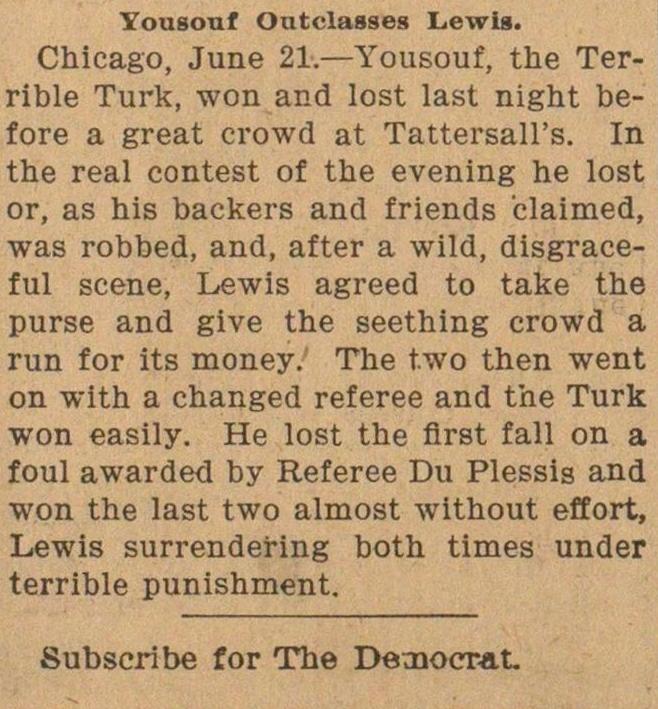 Chicago, June 21. - Yousouf, the Terrible Turk, won and lost last night before a great crowd at Tattersall's. In the real contest of the evening he lost or, as his backers and friends claimed, was robbed, and, after a wild, disgraceful scène, Lewis agreed to take the purse and give the seething crowd a run for its money. The t.wo then went on with a changed reieree and the Turk won easily. He lost the first fall on a foul awarded by Referee Du Plessis and won the last two almost without effort, Lewis surrendering both times under terrible punishment. Subscribe for The Detnoerat.