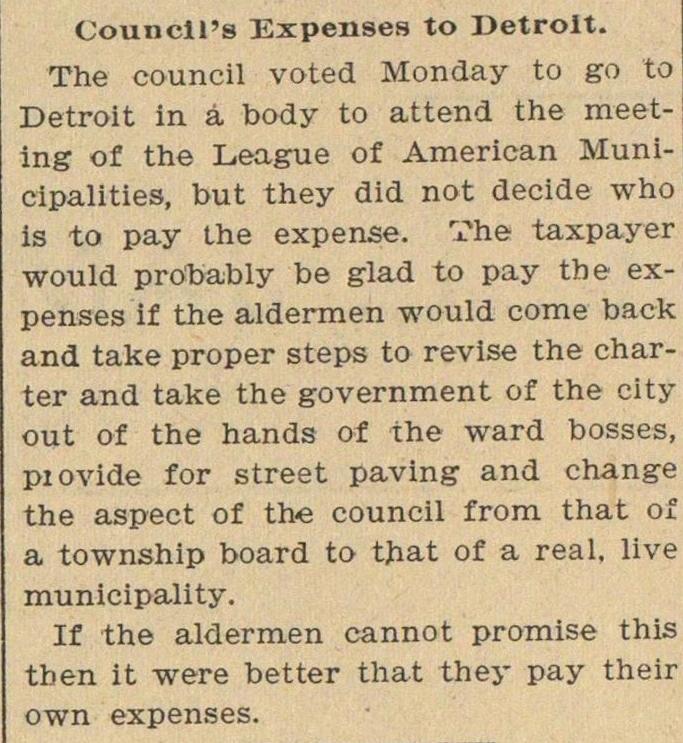 The council voted Monday to go to Detroit in á body to attend the meeting of the League of American Municipalities, but they did not decide who is to pay the expense. The taxpayer would probably be glad to pay the expenses if the aldermen would come back and take proper steps to revise the charter and take the government of the city out of the hands of the ward bosses, pi o vide for street paving and change the aspect of the council from that oí a township board to that of a real, live municipality. If the aldermen cannot promise this tben it were better that they pay their own expenses.