Will Sue The United States 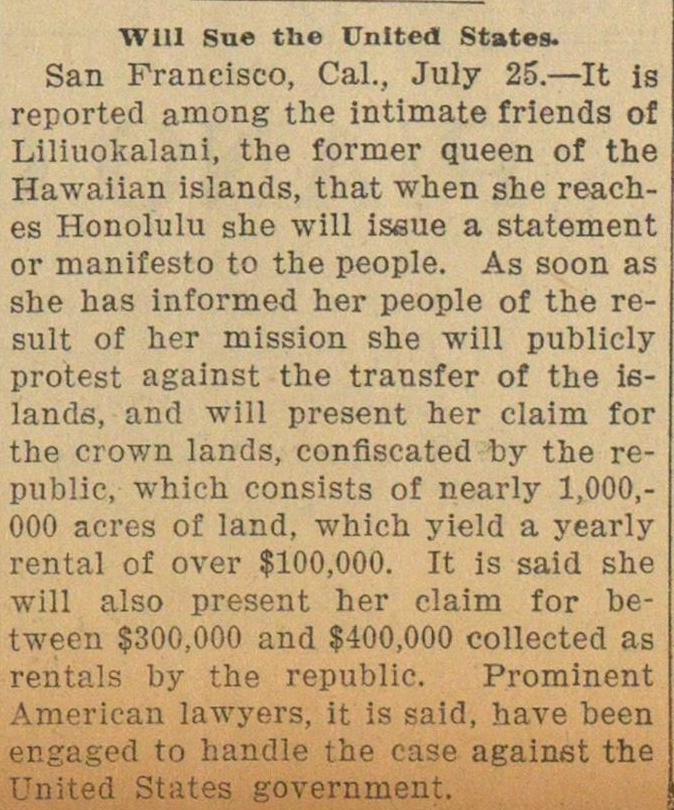 San Francisco, Cal., July 25. - It is reported among the intímate friends of Liliuokalani, the former queen of the Hawaiian islands, that when she reaches Honolulú she will issue a statement or manifestó to the people. As soon as she has informed her people of the result of her mission she will publiely protest against the transfer of the ielands, and will present her claim for the crown lands, confiscated by the republic, which consists of nearly 1,000,000 acres of land, which yield a yearly rental of over $100,000. It is said she will also present her claim for between $300,000 and $400,000 collected as rentáis by the republic. Prominent American lawyers, it is said, have been ed to handle the case against the United States government.