Painfully Hurt In A Runaway 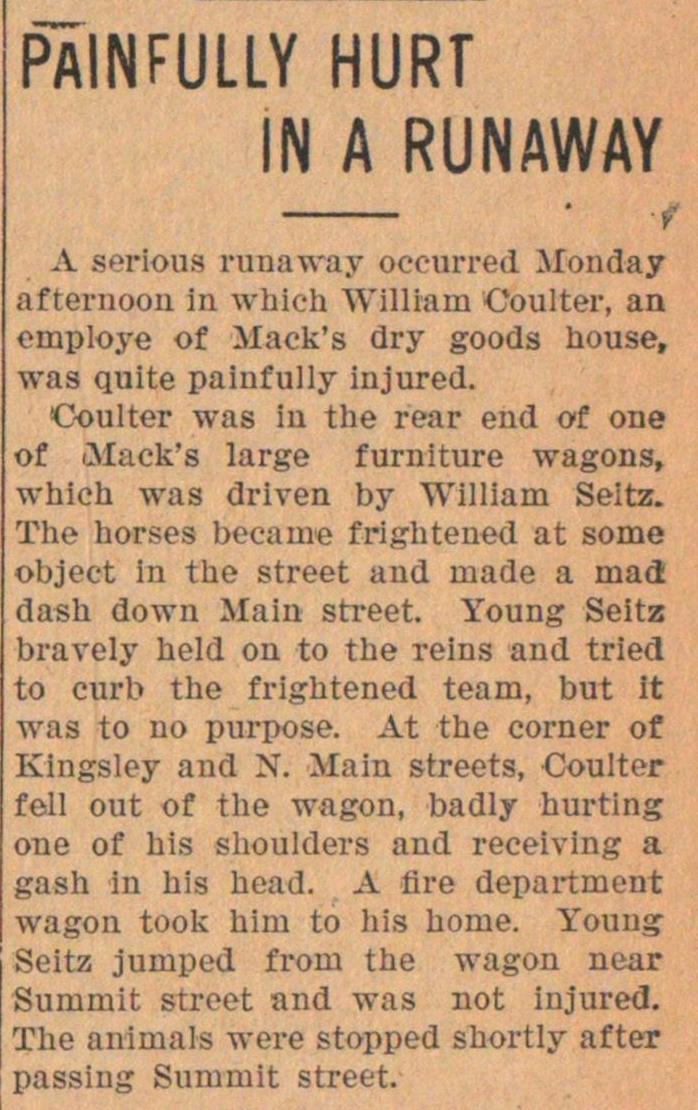 f A serioua runaway occurred Monday aftenioou in whieh William Coulter, an employé of Mack's dry goods house, was quite painfully injured. Ooulter was in the rear end of one of Mack's large furniture wagons, which was driven by William Seitz. The horses beeame frightened at some object in the street and made a mad dash down Main street. Young Seitz bravely held on to the reins and tried to curb the frightened team, but It was to no purpose. At the corner of Kingsley and X. Main streets, Coulter feil out of the wagon, badly hurting one of his snoulders and receiving a gash in his head. A lire departmeut wagon took him to his home. Young Seitz jumped froin the wagon near Summit street and was not injured. The animáis were stopped sliortly after passing Summit street.