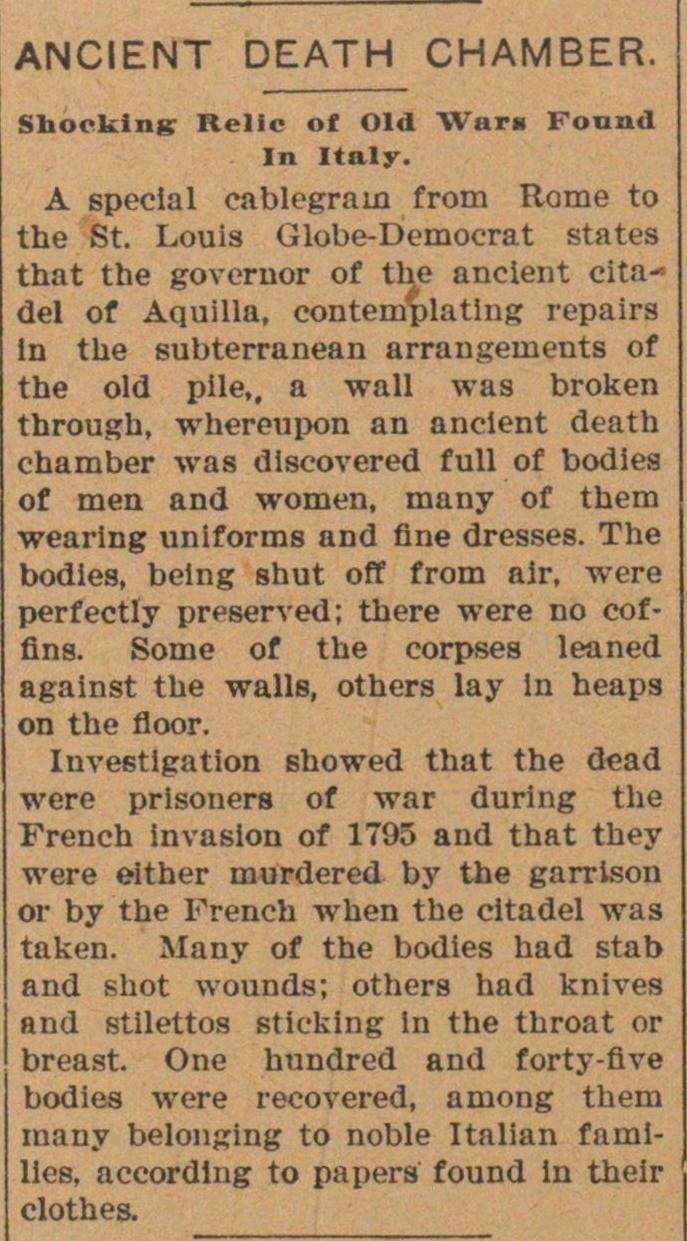 A special eablegraw from Rome to the St. Louis Globe-Democrat states that the governor of the ancient citadel of Aquilla, contemplating repairs In the subterranean arrangeinents of the oíd pile,, a wall was broken through, whereupon an ancient death chamber was dlscovered full of bodies of men and women, many of them wearing uniforms and fine dresses. The bodies, being shut off from air, were perfectly preserved; there were no coffins. Some of the corpses leaned against the walls, others lay in heaps on the floor. Investlgation showed that the dcad were prisoners of war during the French Invasión of 1795 and that they were either murdered by the garrlson or by the French when the citadel was taken. Many of the bodies had stab and shot wounds; others had knives and stilettos sticking in the throat or breast. One hundred and forty-flve bodies were recovered, among them many belonging to noble Italian families, accordlng to papers found In their clothes.