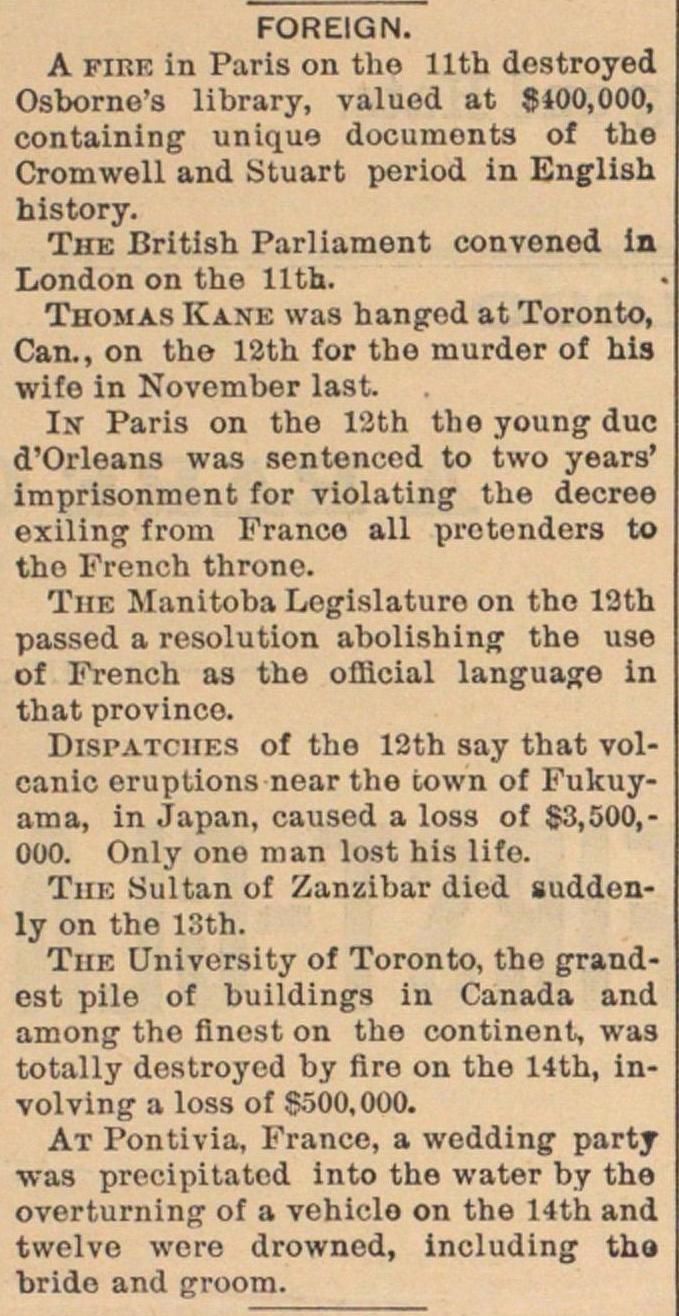 A FIRE in Paris on tho llth destroyed Osborne's library, valued at 8100,000, containing unique documonts of the Cromwell and Stuart period in English history. The British Parliament convoned in London on the llth. Thomas Kane was hanged at Toronto, Can., on tho 12th for tho murder of his wifo in November last. lx Paris on the 12th the young duo d'Orleans was senteneed to two years' imprisonment for violating the decree exiling from Franco all pretenders to tho French throne. The Manitoba Legislaturo on tho 12th passed a resolution abolishing the use of French as the official language in that provinco. Dispatches of the 12th say that volcanic eruptions near the town of Fukuyama, in Japan, caused a loss of L3,500,000. Only one man lost his life. The Sultan of Zanzíbar dicd suddenly on the 13th. The University of Toronto, the grandest pile of buildings in Canada and among tho finest on the continent, was totally destroyed by firo on the 14th, invol ving a loss of 500,000. At Pontivia, Franco, a wedding party ■was precipitated into the water by the overturning of a vehiclo on the 14th and twelve were drowned, including tho brido and groom.