One Of Many Touching Incidents 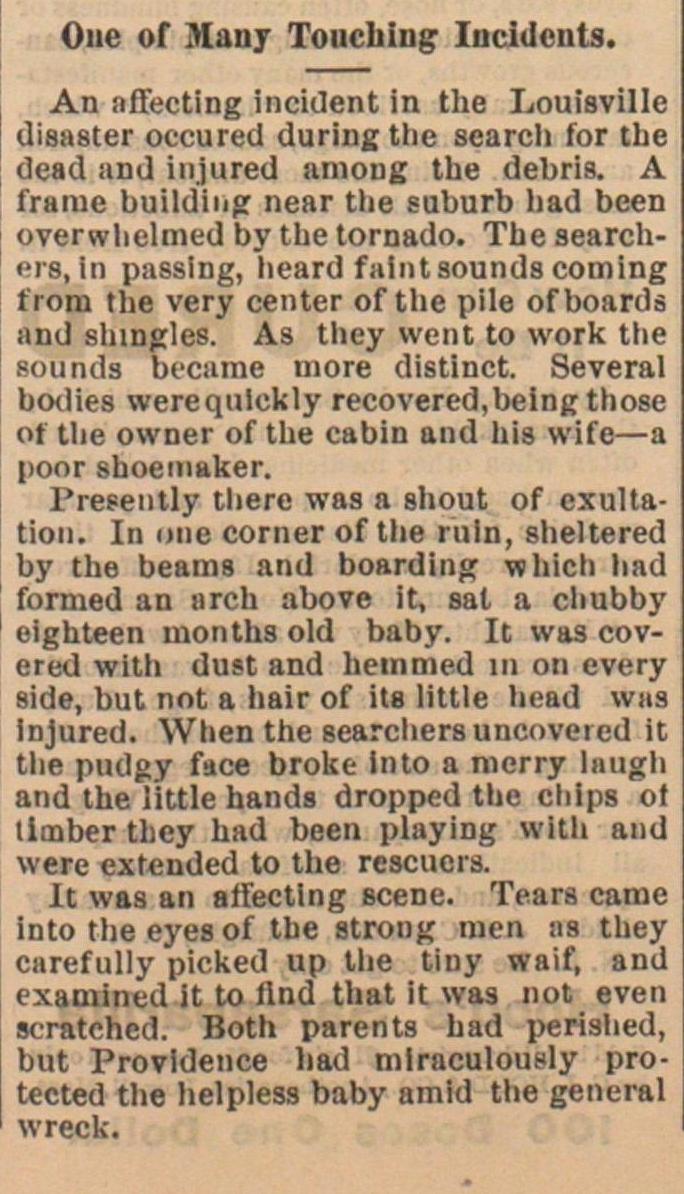 An nffecting incident in the Louisville disaster occured du ring the search for tbe dead and injured amoug the debris. A iranio building near the suburb had been overwhelmed by the tornado. Tbe searchrrs, in passing, Iieard falnt sounds coming trom the very center of the pile of boards and shingles. As they went to work the sounds became more distinct. Several bodies werequlckly recovered,beingthose of the owner of the cabin and nis wife - a poor sboeuiaker. Presently there was a shout of cxultation. In une corner of the ruin, sheltered by the beams and boarding whicli had formed an nrch above it, sat a chubby eighteen months old baby. It was covered with dust and hemmed in on cvery side, hut nnt a hair of ita little head was injured. When the searclierauncovered it the pudgy face broke Into a merry laugli and the little hands dropped the chips ot liaiber they had been playing witli and were extended to the rescuers. It was an affecting scène. Tears came into the eyes of the strong men as they carefully picked up the tiny waif, and examined it to llnd that it was not even scratched. Both parents had perislied, but Providence had mlraculously protected the helpless baby amid the general wreek.