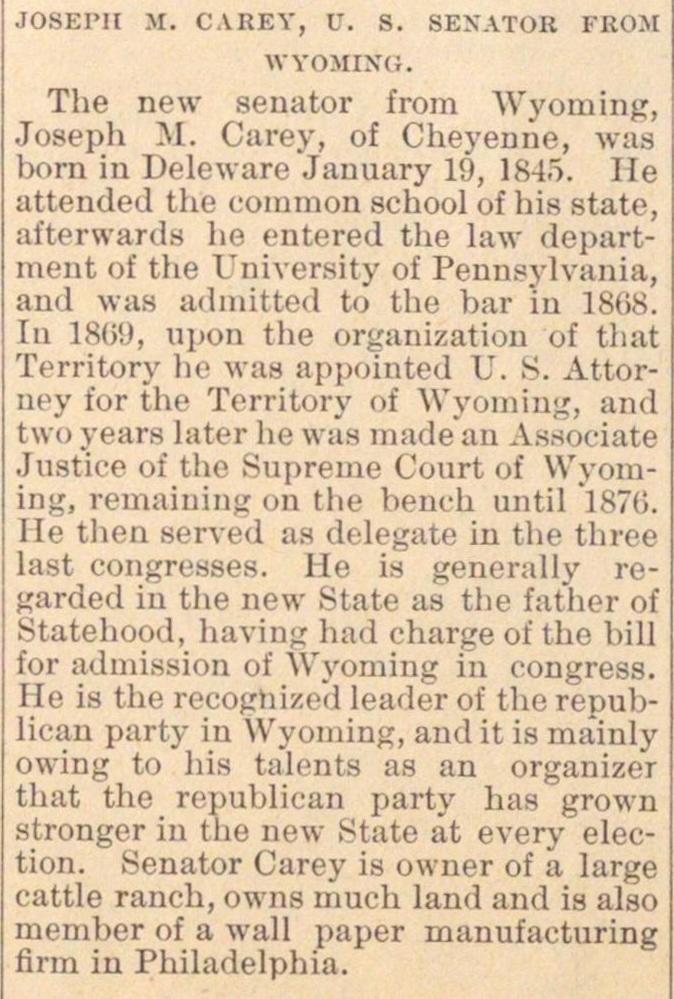 The new senator from Wyoming, Joseph M. Carey, of Cheyenne, was bom in Deleware January 19, 1845. He attended the common school ofhis state, afterwards he entered the law department of the University of Pennsylvania, and v;is admitted to the bar in 1868. In 1809, apon the organization of tliat Territory be wae appointed U. S. Attorney for the Territory of Wyoming, and twoyears later he was made au Associate Justice of the Supreine Court of Wyoming, remainingon the bench anti] 1876. He then gerved as delégate in the three last congresses. He is generally regarded in the new State as the father of Statehood, having liad charge of the bil] for admission of Wyoming in congress. He is the recoghized leader of the republican party in Wyoming, and it is mainly owing to liis talents as an organizer tliat the republican party has grown stronger in the new State at every election. Senator Carey is owner of a large cattle ranch, owns much land and is also member of a wall paper manufacturing limi in Philadelphia.