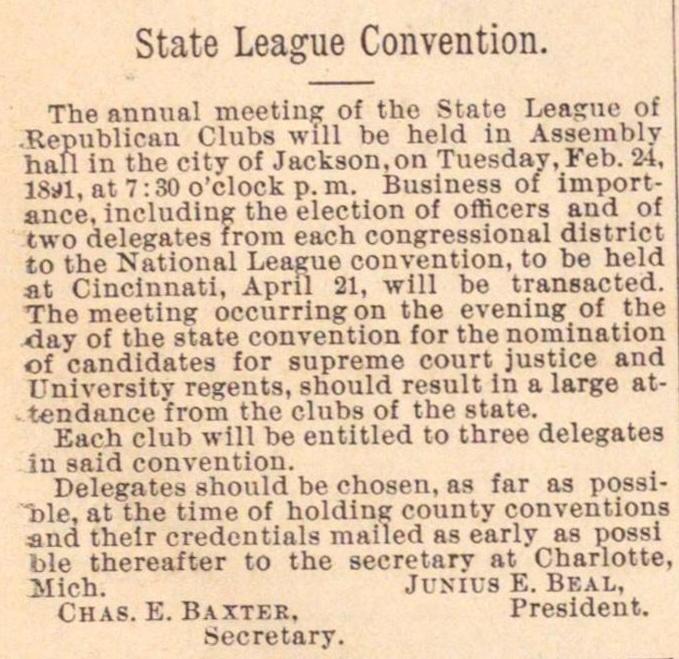 The anniial meeting of the State League of Republican Clubs will be held iu Assembly hall in the city of Jackson.on Tuesday, Feb. 24, 18ill, at 7:30o'clock p. m. Business of importance, ineludiug the eleetion of oflicers aud of two delegates trom each congressional district to the National League convention, to be held at Cincinnati, April 21, will be transacted. The meeting oecurringon the evening of the iay of the state convention for the nomination of candidates for supreme court justice and University regenta, should result in a large attendancefrom the clubs of the state. Each club will be eutitled to three delegatea in said convention. Delegates should be chosen, as far as pqssible, at the time of holding eounty conventions and their credentials mailed as early as possi ble thereafter to the secretary at Charlotte, Mich Jinius E. Beal, Chas. E. Baxter. President. Secretary.