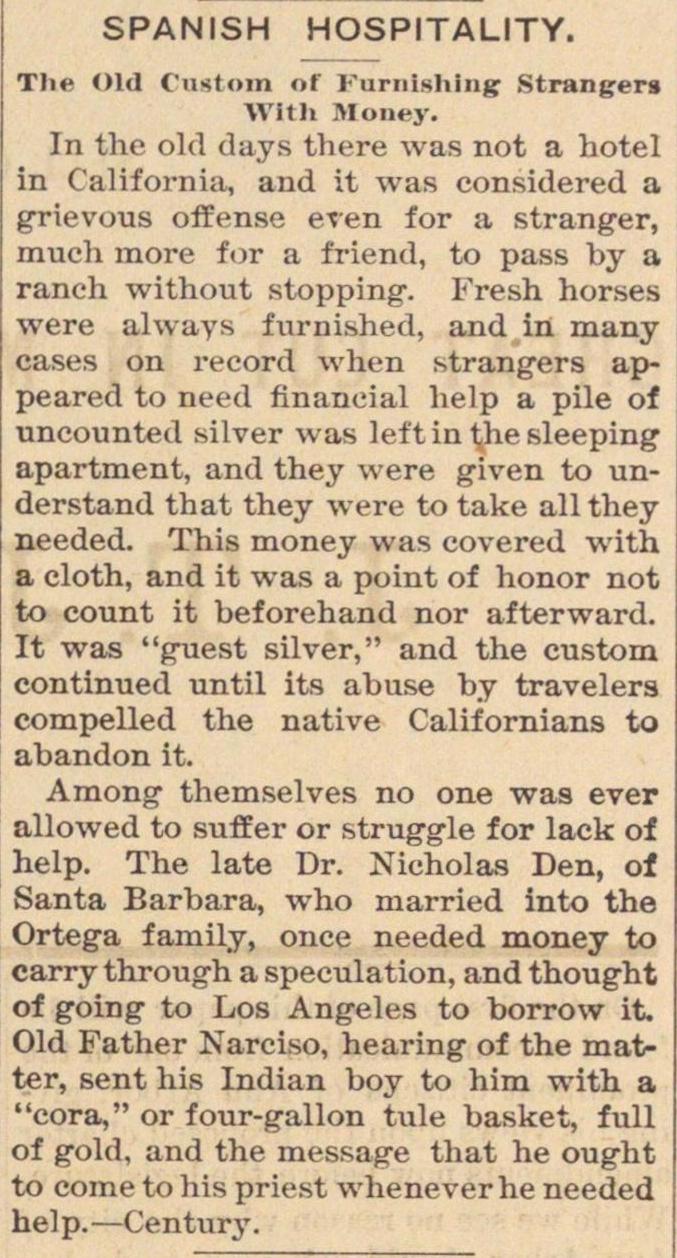 In the oM days there was not a hotel in California, and it was considered a grievous offense eren for a stranger, much more fi)r a friend, to pass by a ranch without stopping-. Fresh horses were always furnished, and in many cases on record when strangers appeared to need finaneial lielp a pile of uncounted silver was left in 1,he sleeping apartment, and they were given to understand that they were to take all they needed. This money was covered with a cloth, and it was a point of honor not to count it beforehand nor afterward. It was "gTiest sil ver," and the custom continued until its abuse by travelers compelled the native Californians to abandon it. Among themselves no one was ever allowed to suffer or struggle for lack of help. The late Dr. Nicholas Den, of Santa Barbara, who married into the Ortega family, once needed money to carry through a speculation, and thought of going to Los Angeles to borrow it. Old Father Narciso, hearing of the matter, sent his Indian boy to him with a "cora," or four-gallon tule basket, f uil of gold, and the message that he ought to come to his priest wheneverhe needed -Century.