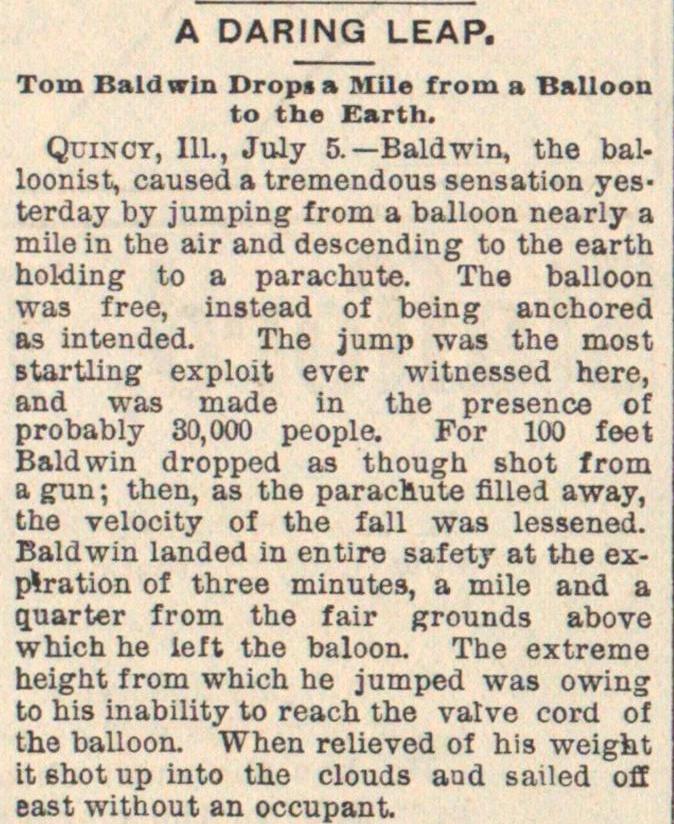 Quixct, 111., Juiy 5. -Baldwin, the balloonist, causee! a tremendous sensation yesterday by jumping from a balloon nearly a mile in the air and descending to the earth holding to a parachute. The balloon was free, instead of being anchored as intended. The jump was the most Btartling exploit ever witnessed here, and was made in the presence of probably 30,000 people. For 100 feet Baldwin dropped as though shot from a gun; then, as the parachute fllled away, the velocity of the fall was lessened. Baldwin landed in en tire safety at toe explration of three minutes, a mile and a quarter from the fair grounds above which he left the baloon. The extreme height from which he jumped was owing to his inability to reach the vatve cord of the balloon. When reüeved of his weight it shot up into the clouds and sailed off east without an occupant.