Necessity For An Extra Session 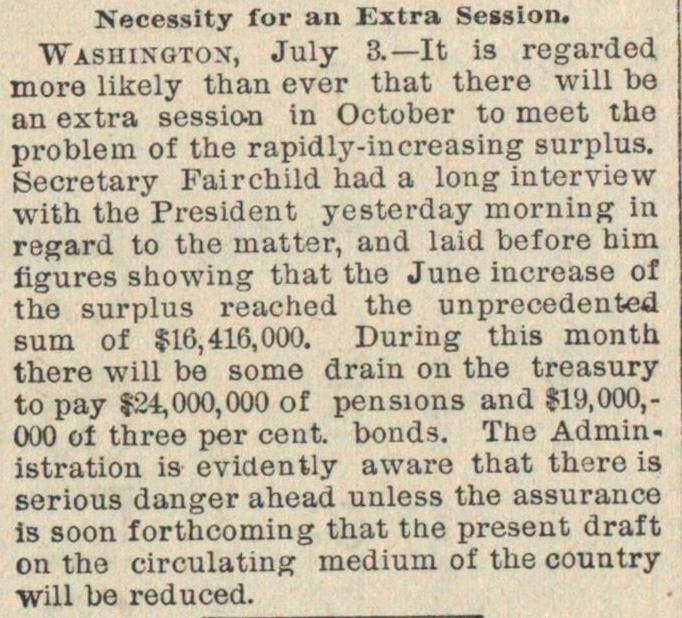 Washingtox, July 3.- It is regarded more likely than ever that there will be au extra session in October to meet the problein of the rapidly-inereasing surplus. Secretary Fairehild had a long interview with the President yesterday morning in regard to the matter, and laid before him figures showing that the June inerease of the surplus reached the unprecedented sum of $16,416,000. During this month there will be some drain on the treasury to pay $24,000,000 of pensions and f19,000,000 of three per cent. bonds. The Administration is evidently a ware that there is serious danger ahead unless the assurance Is soon fortheoming that the present draft on the circulating medium of the country will be reduced.