Work In Florida And Other Items 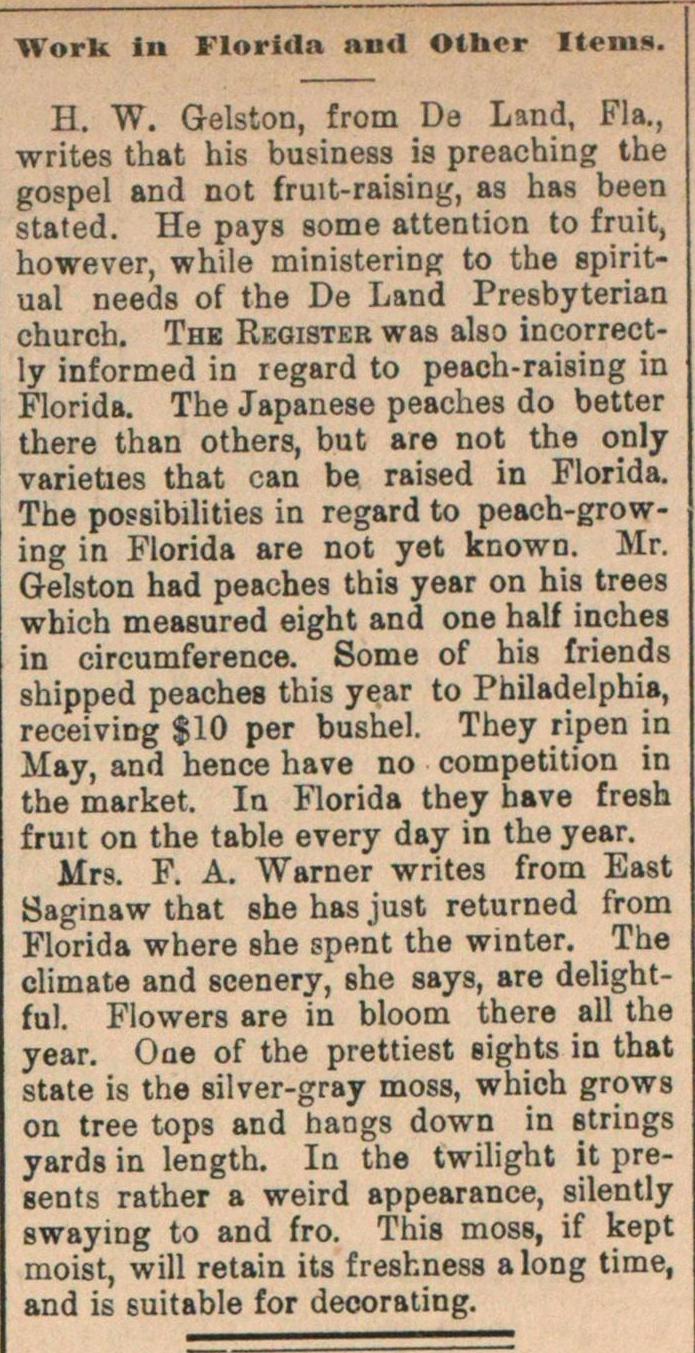 H. W. Gelston, from De Land, Fla., writes that his business is preaching the gospel and not fruit-raising, as has been stated. He pays some attention to fruit, however, while ministering to the spiritual needs of the De Land Presbyterian churoh. The Register was also incorrectly informed in regard to peach-raising in Florida. The Japanese peaches do better there than others, but are not the only varieties that can be raised in Florida. The possibilities in regard to peach-growing in Florida are not yet known. Mr. Gelston had peaches this year on his trees which measured eight and one half incb.es in circumference. Some of his iriends shipped peaches this year to Philadelphia, receiving $10 per bushel. They ripen in May, and henee have no competition in the market. In Florida they have fresh fruit on the table every day in the year. Mrs. F. A. Warner writes from East Saginaw that she has just returned from Florida where she spent the winter. The climate and scenery, Bhe says, are delightfnl. Flowers are in bloom there all the year. Oae of the prettiest eights in that state is the silver-gray moss, which grows on tree tops and hangs down in strings yards in length. In the twilight it presents rather a weird appearance, silently swaying to and fro. This moss, if kept moist, will retain its f reshness a long time, and is suitable for deoorating.