In Memory Of Logan 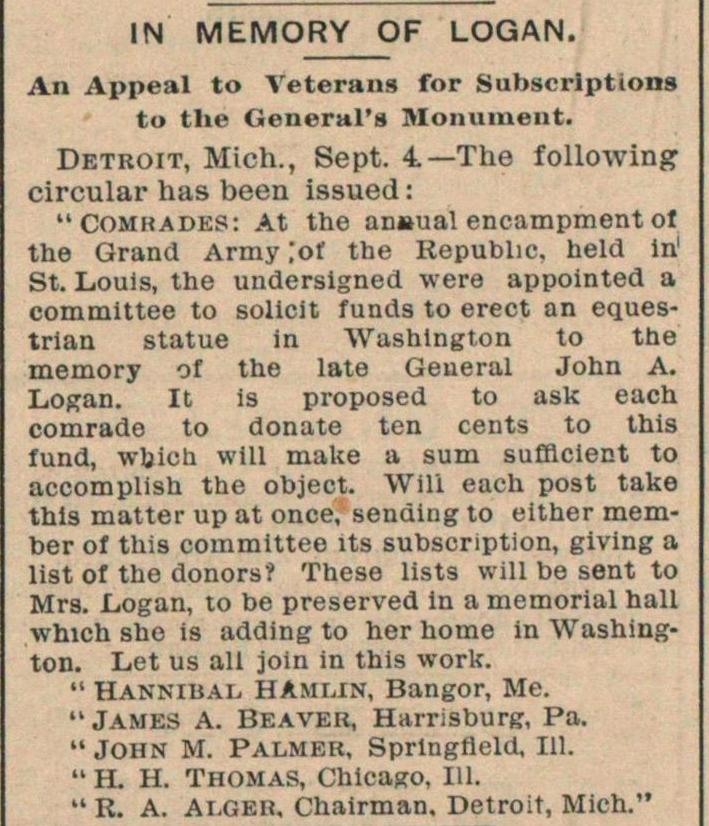 Detroit, Mich., Sept. 4- The following circular has been issued : "Comkades: At the anaual encampment of the Grand Army ;of the Republic. held in' St. Louis, the underslgned were appointed a committee to sollcit funds to erect an equestrian statue in Washington to the memory of the late General John A. Logan. It is proposed to ask each comrade to dónate ten cents to this fund, wbicli wlll muke a sum sufllcient to accomplish the object. Wili each post take this matter up at once, sending to either memIer of this committee lts subscription, giving a list of the donors? These lists will be sent to Mrs. Logan, to be preserved In a memorial hall which she is adding to her home in Washington. Let us all join in this work. " Hannibai, HAmlin, Bangor, Me. "James A. Beaver, Harrisburg, Pa. " John M. Palmer, Sprlngfleld, 111. " H. H. Thomas, Chicago, 111. " R. A. Ai.geb, Chairman, Detroit, Mich."