Burned In Their Beds 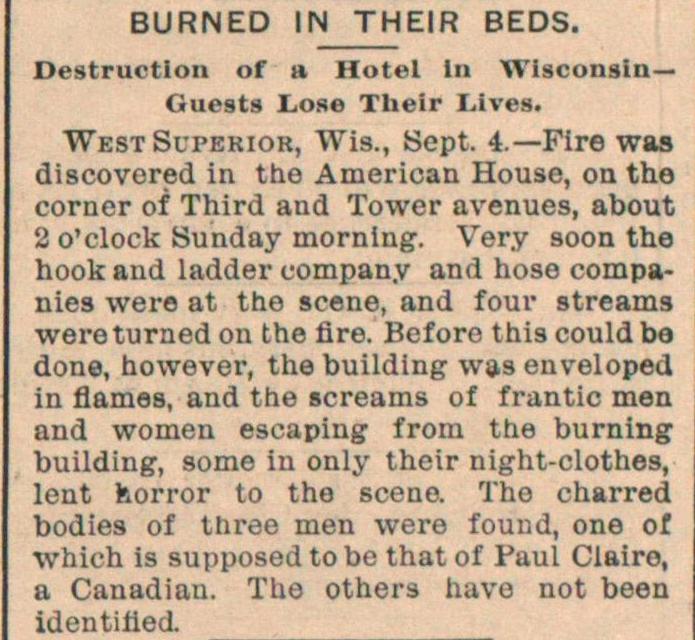 West Superior, Wis., Sept. 4.- Fire was discovered in the American House, on the córner of Third and Tower avenues, about 2 o'clock Sunday morning. Very soon the hook and ladder company and hose companies were at the scène, and four streams wereturned on the fire. Before this could ba done, however, the building was enveloped in ñames, and the screams of frantic men and women escaping from the burning building, some in only their night-clothes, lent horror to the scène. The charred bodies of three men were fouud, one of which is supposed to be that of Paul Clairo, a Canadian. The others havo not been identilied.