Opposed By The Gentiles 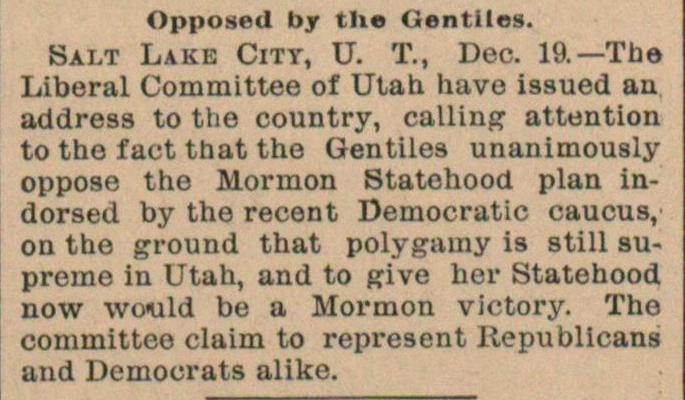 Sai.t Lake City, U. T., Dec. 19.- The Liberal Committee of Utah havo issued au address to tlie country, calling attention to the fact that tho Gentiles unanimously oppose the Mormon Statohood plan indorsed by the recent Democratie caucus, on the ground that polygamy is still supreme in Utah, and to give her Statehood now would be a Mormon victory. Tho cominittee claim to represent Republicana and Democrats alike.