The Federation Of Labor 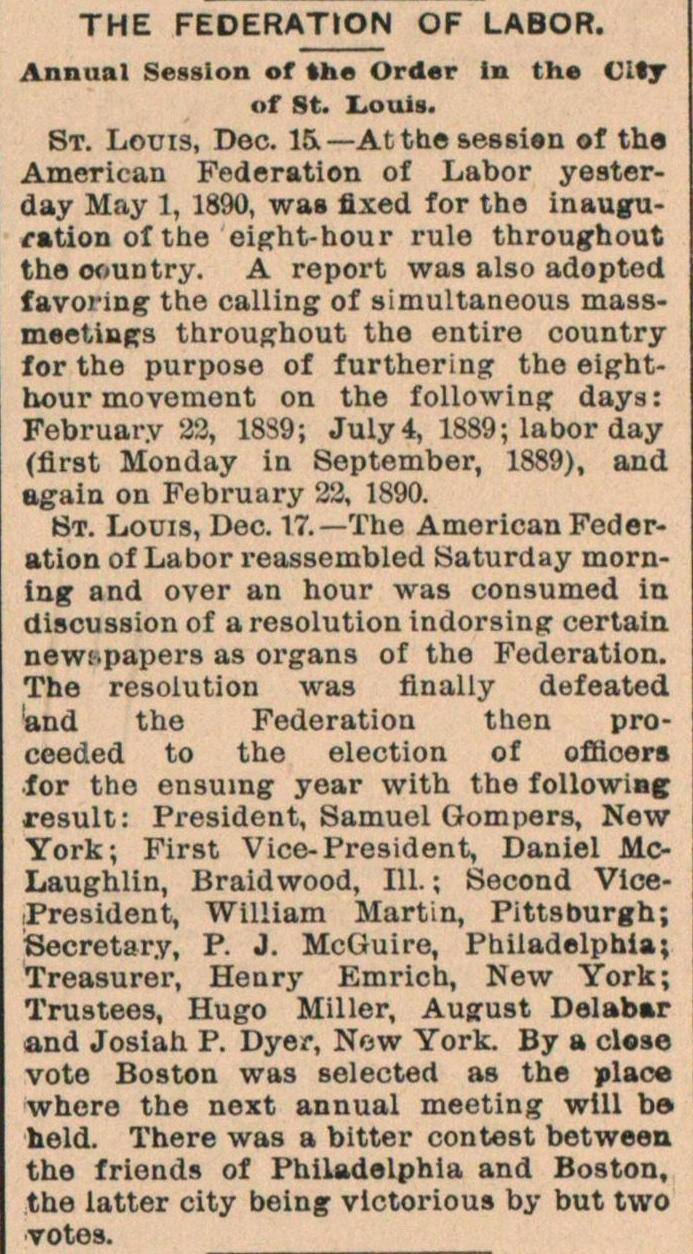 Bt. Louis, Dec. IS- At the sessisn of ths American Federation of Labor yesterday May 1, 1890, was fixed for the inaugurationofthe eight-hour rule throughout the country. A report was also adopted favoring the calling of simultaneous massmetinfts throughout the entire country for the purpose of furthering the eightbour movement on the following days : February 23, 18S9; July4, 1889; labor day (flrst Monday in September, 1889), and again on February 22, 1890. 8t. Louis, Dec. 17.- The American Federation of Labor reassembled Saturday morning and over an hour was consumed in discussion of a resolution imlorsiup certain newspapers as organs of the Federatlon. The resolution was flnally defeated and the Federation then proceeded to the election of oftioors for the ensumg year with the following result: President, Samuel Gom pers, New York; First President, Daniel McLaughlin, Braidwood, 111. ; Becond ViceiPresident, Wilüam Martin, Fittsburgh; Secretary, P. J. McGuire, Philadelphia; Treasurer, Henry Emrich, New York; Trustees, Hugo Miller, August Delabar and Josiah P. Dyer, Now York. By a clso vote Boston was selected as the place where the next annual meeting wiU bei held. There was a bitter contest between the friends of PhiLadelphia and Boston, the latter city being vlctorious by but two votes.