The Peaks Of Pyramid Lake 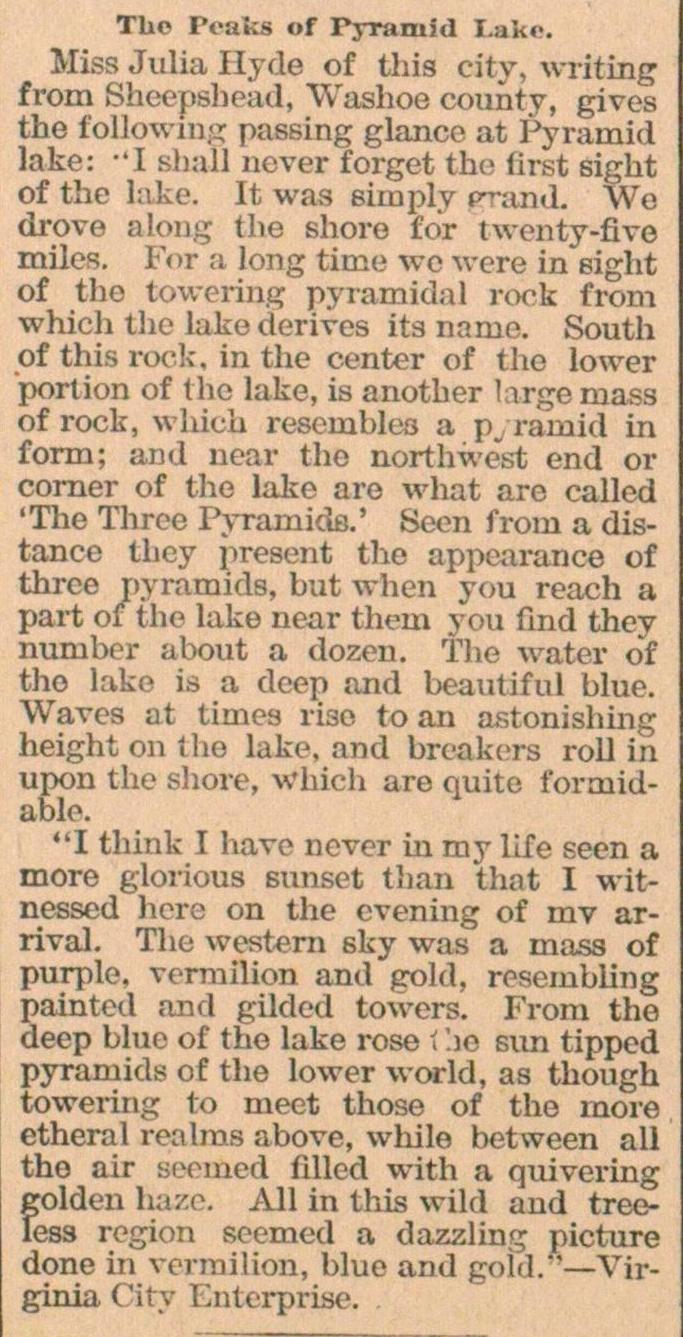 Miss Julia Hyde of this city, writing from Sheepshead, Washoe county, gives the foüowing passing glance at Pyramid lake: 'I slmll never forget the (irst sight of the lake. It was eimplv Pand. We drove along tlie shore for twcnty-five miles. For a long time wc were in sight of the towering pyramidal rock from which tlie lake derives its name. South of this rock, in the center of the lower portion of the lake, is another large mass of rock, which resernbleo a pv. ramid in form; and near the northwest end or corner of the lake are what are called 'Tlie Thrce PyramidB.' Seen from a distance they present tlie appcarance of three pyramids, hut when you reach a part of the lake near thein you find thcy number about a dozen. The water of tho lake is a dcep and beautiful blue. Waves at times rise to an astonishing height on tho lake, and breakers roll in upon the shore, which are quite formidable. "I think I have never in my life seen a more glorious sunset than that I wltnessed here on the evening of mv arrival. The western sky was a mass of purple. vermilion and gold, resembling painted and gilded towers. From the deep blue of the lake rose í lio swn tipped pyramids of the lower world, as though towering to meet those of the more etheral returns above, while between all the air Beemed ííllcd with a quivering golden haze. All in this wild and treeless región seemed a dazzline picture done m vermilion, blue aml trola.