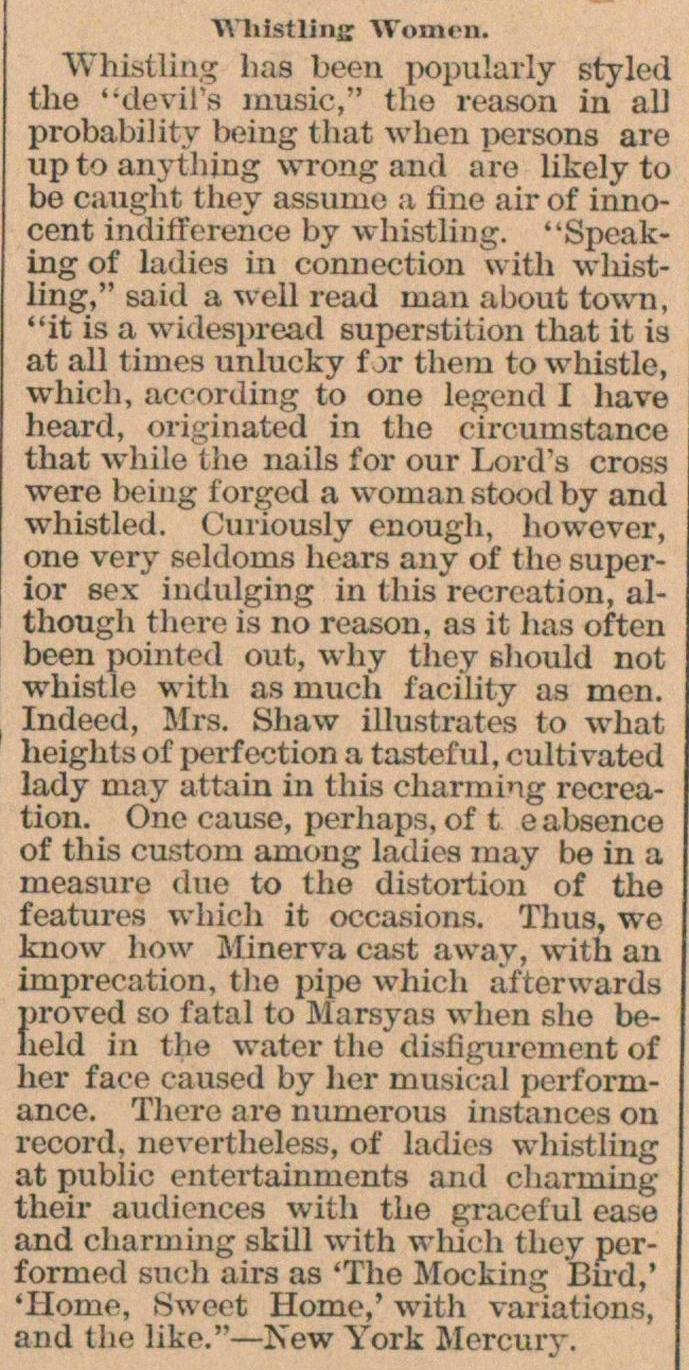 Whistling luis been popularly styled the "deyil's music," the reason in al] probability being that when persons are up to anything wrong and are likely to be caught tliey assumo a fine air of innocent indifferenee by whistling. "Speaking of ladies in connection with wliistling," said a well read man about town, "it is a widespread superstition that it is at all times unlucky f jr them to whistle, which, aceording to one legend I have heard, originated in the circumstance that while the nails for our Lord's cross were being f'orged a woman stood by and whistled. Curiously enough, however, one very seldoms hears any of the superior sex indulging in this recreation, although tlicre is no reason, as it has often been pointed out, why they should not whistle with as much facility as men. Indeed, Mrs. Shaw illustrates to what heights of ixa-fection a tasteful, cultivated lady may attain in this chamiing rocreation. One cause, perhaps, of t e absence of this custom among ladies may be in a measure duo to the distortion of the features which it occasions. Thus, we know how Minerva cast away, with an imprecation, the pipe which aftonvards proved so fatal to Slarsyas when sho beheld in the water the dig&gurememt of her face caused by her musical performance. Thero are numerous instances on record, nevertheless, of ladies whistling at public entertainments and charniing their aiuliences with the graceful ease and charniing skill with which thcy performed sncli airs as 'The Mocking Bu-d,' 'Home, Sweet Home.' with variations, and tlio like."