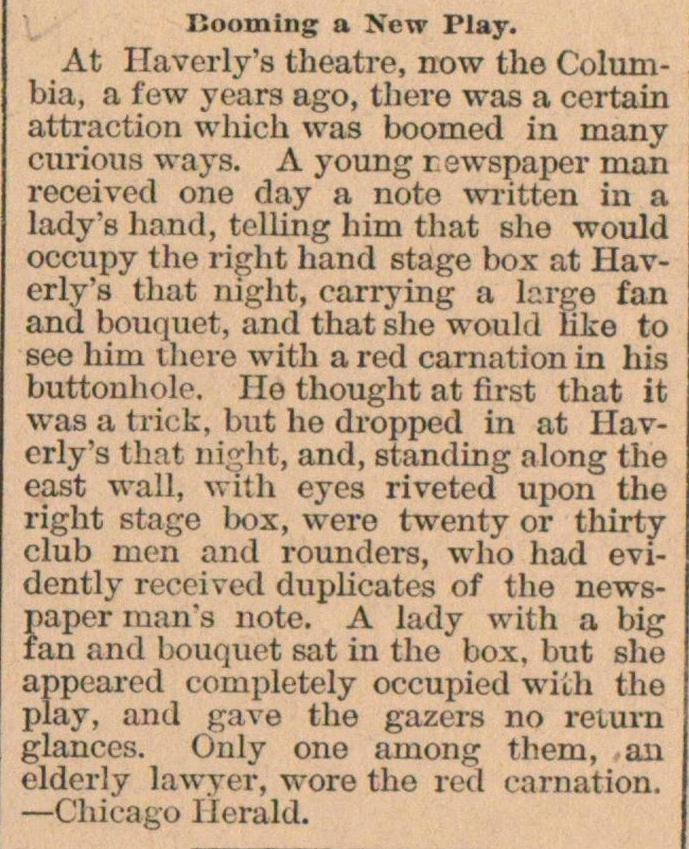 At Haverly's theatre, now the Columbia, a few years ago, tbere was a certain attraction whieh was boomed in many curieus ways. A young rewspaper man receivcd one day a note written in a lady's hand, tolling liim that sho would occupy the right hand stage box at Haverly's that night, earrying a large fan and bouquet, and that she would like to see him there with a red carnation in his buttonholo. He thought at first that it was a trick, but he dropped in at Haverly's that nijjht, and, standing along the east wall, with eyes riveted upon the right stage box, were twenty or thirty club men and rounders, who had evidently received duplicates of the newspaper raan's note. A lady with a big fan and bouquet sat in the box. but she appeared completely occupied wiih the play, and gave the gazers no return glances. Önly one among them, an elderly la w ver, wore the red carnation.