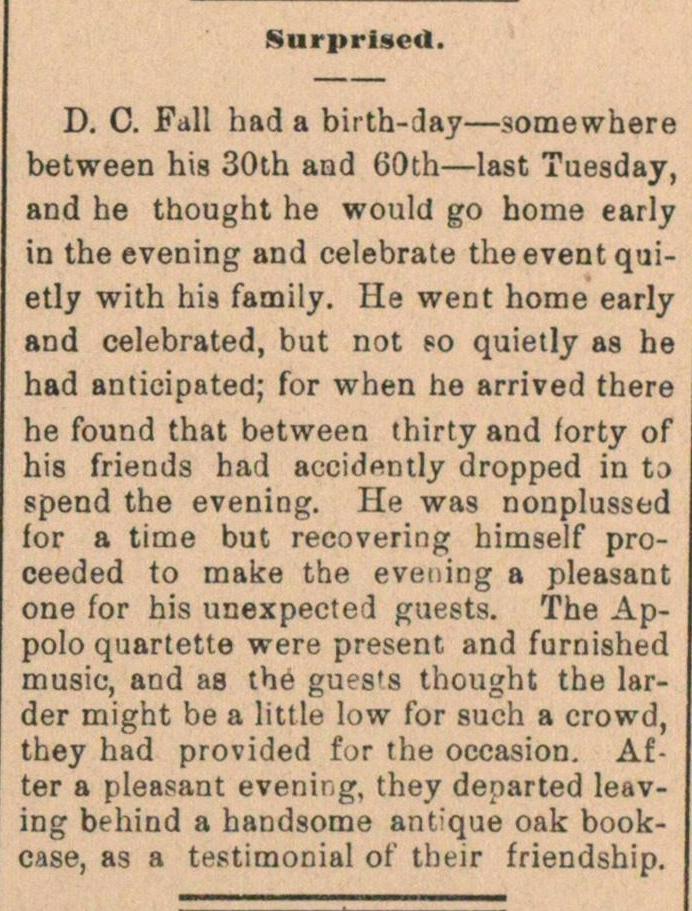 D. C. Fall had a birth-day - somewhere between his 30th aud 6Oth - last Tuesday, and he thought he woultl go home early in the evening and celébrate the event quietly with hia family. He went home early and celebrated, but not eo quietly as he had anlicipated; for when he arrived there he found that between thirty and forty of his friends had accidently dropped in to spend the evening. He was nonplussbd for a time but reeovering himself proceeded to make the evening a pleasant one for his unexpected guests. The Appolo quartette were present and furnished musie, aod as the gues's thought the larder might be a little low for such a crowd, they had provided for the occasion. After a pleasant evening, they departed leaving behind a handsome ant'que oak bookcase, as a testimonial of' tbeir friendship.