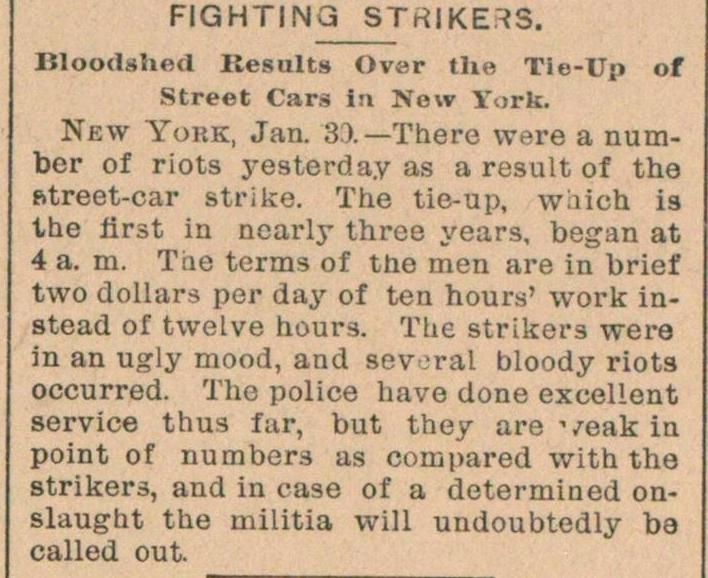 New York, Jan. 3.1. - There vvere a number of riots yesterday as a result of the Btreet-car strike. The tie-up, wiich is the iirst in three years, began at 4 a. m. Tiie terms of the men are in brief two dollars per day of ten hours' work instead or twelve houvs. Tlie strikers were in an ugly mood, and sev ral bloody riots occurred. The pólice have done excellent service thus far, but they are 'eak in point of numbers as compared with the striker3, and in case of a determined onslaught the militia will undoubtedly ba called out.