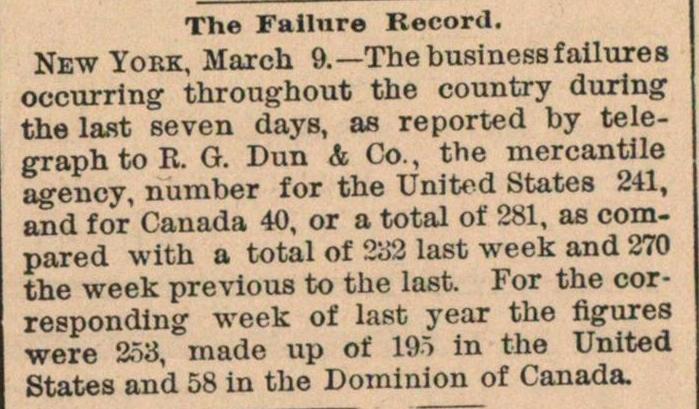 New York, March 9.- The business f ailures occurring throughout the country during the last seven days, as reported by telegraphtoK. G. Dun & Co., the mercantile agency, number for the Unitod States 241, and for Canada 40, or a total of 281, as compared with a total of 2S2 last week and 270 the week previous to the last. For the corresponding week of last year the figures were 2ö3, made up of 195 in the United Statea and 58 in the Dominion of Canada.