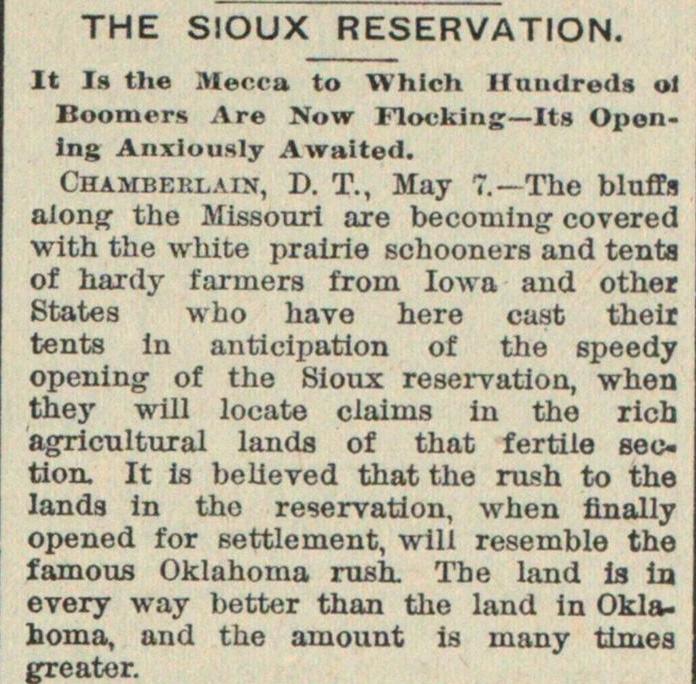 Chamberí, ain, D. T., May 7.- The bluff along the Missouri are beconiing covered with the white prairie schooners and tents of hardy farmers from Iowa aud other States wbo have here cast their tents in antlcipatlon of the speedy opening of the Sioux reservation, when thej' will louate clainis in the rich agTicnltural lands of that fertüe Beo tion. It is believed that the rah to the lands in tho reservation, when üually opened for settlement, will resemble the famous Oklahoma rush. The land la In every way better than the land in Oklahoma, and the amount is many times greator.