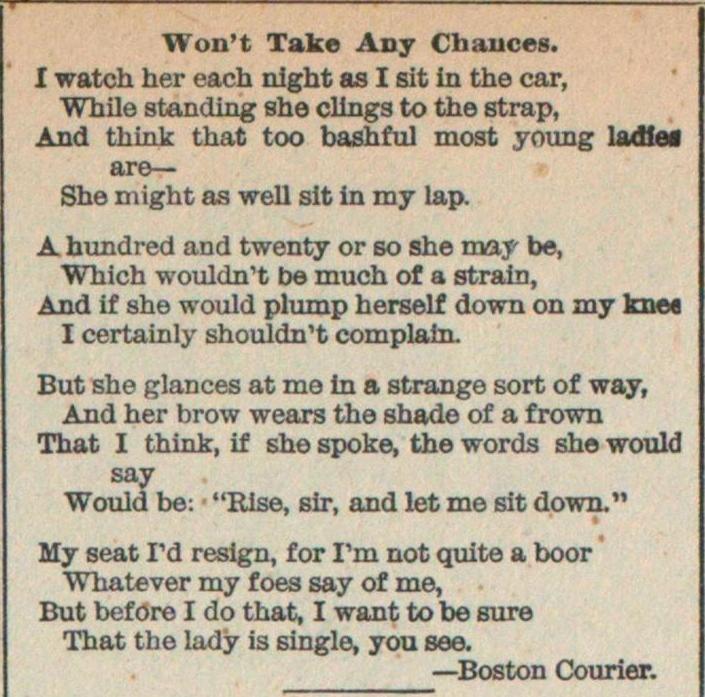 I watcb. her each nlght as I sit in the car, While standing she cllngs to tbe strap, And tbink that too bashful most young ladlea are- She ni gli t as well sit in my lap. A. hundred and twenty or so she be, Which wouldn't be much of a strain, And if sho would plump herself down on my knea I certainly shouldn't complaln. But she glances at me in a strange sort of way, And her brow wears the shade of a f rown That I think, if sho spoke, the words she would say Would be: "Rise, air, and let me sit down." My seat I'd resigo, for I'm not quite a boor Whatever my foes say of me, But bef ore I do that, I want to be sure That the lady is single, you see.