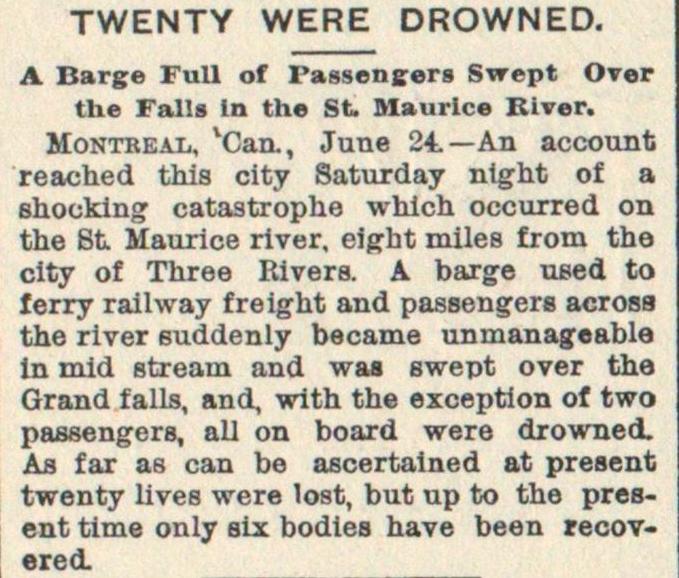 Montkbal, Can., June 24.- An account reached this city Saturday night of a shocking catastrophe which occurred on the St Maurice rtver, eigbt miles írom the city of Three Rivera. A barge used to lerry railway freight and passengere acrosa the river euddenly became unmanageable in mid gtream and was swept over the Grand falls, and, with the exception of two passengerg, all on board were drowned. As far as can be ascertained at present twenty lives were lost, but up to the present time only six bodies have been recovered.