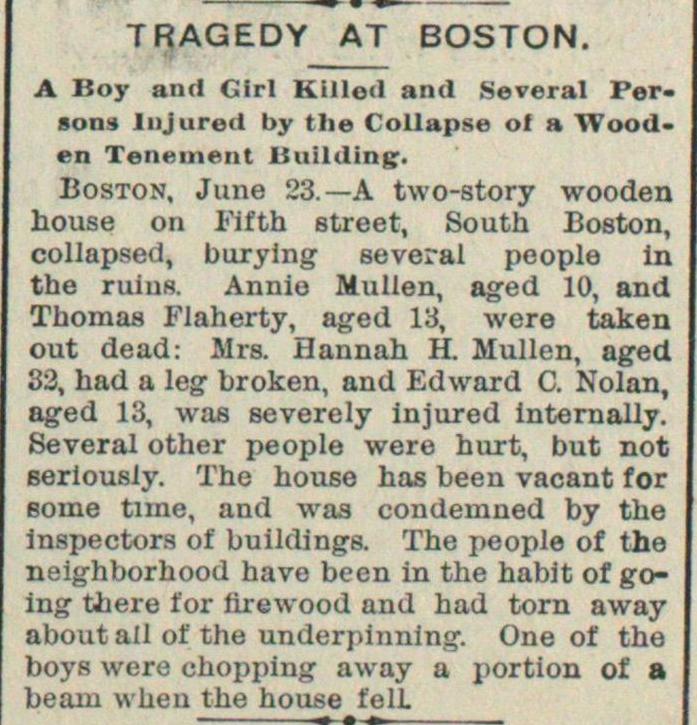 Boston, June 23.- A two-story wooden house on Fifth street, South Boston, collapsed, burylng several poople In the ruius. Annie Muilen, aged 10, and Thomas Flaherty, aged 13, were taken out dead: Mrs. Hannah H. Muilen, aged 33, had a leg broken, and Edward C. Nolan, aged 13, was severely injured lnternally. Several other people were hurt, but not serlousiy. The house has been vacant for tome time, and was condemned by the Inspectora of buildings. The people of the neighborhood have been in the habit of going there for flrewood and had torn away about all of the underpinning. One of the boys were chopping away a portion of s beam when the house felL