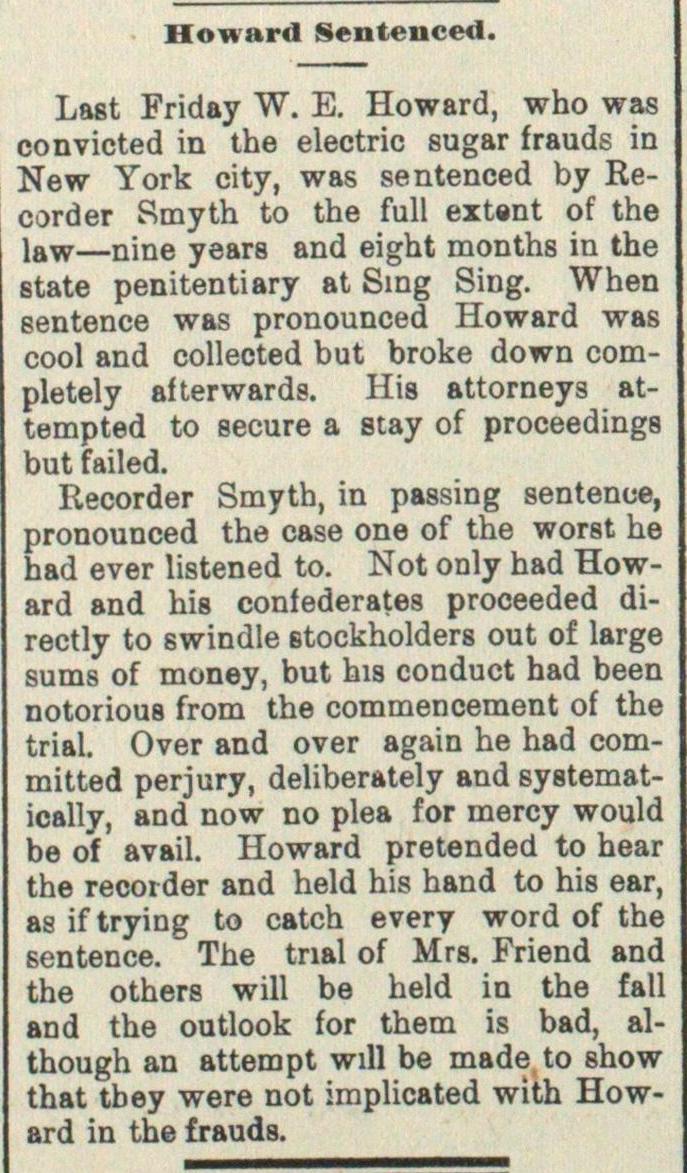 Last Eïiday W. E. Howard, who was convicted in the electric sugar frauds in New York city, was sentenced by Recorder Smyth to the full extent of the law - nine yeara and eight months in the state penitentiary at Sing Sing. When sentence was pronounced Howard was cool and collected but broke down completely afterwards. His attomeys attempted to secure a stay of proceedings but failed. Recorder Smyth, in passing sentenue, pronounced the case one of the worst he had ever listened to. Not only had Howard and his confederates proceeded directly to swindle Btockholders out of large sums of money, but his conduct had been notorious from the commencement of the trial. Over and over again he had committed perjury, deliberately and systematioally, and now no plea for mercy would be of avail. Howard pretended to hear the recorder and held his hand to his ear, as if trying to catch every word of the 6entence. The trial of Mrs. Friend and the others will be held in the fall and the outlook for them is bad, although an attempt will be made to show that tbey were not implicated with Howard in the frauds.