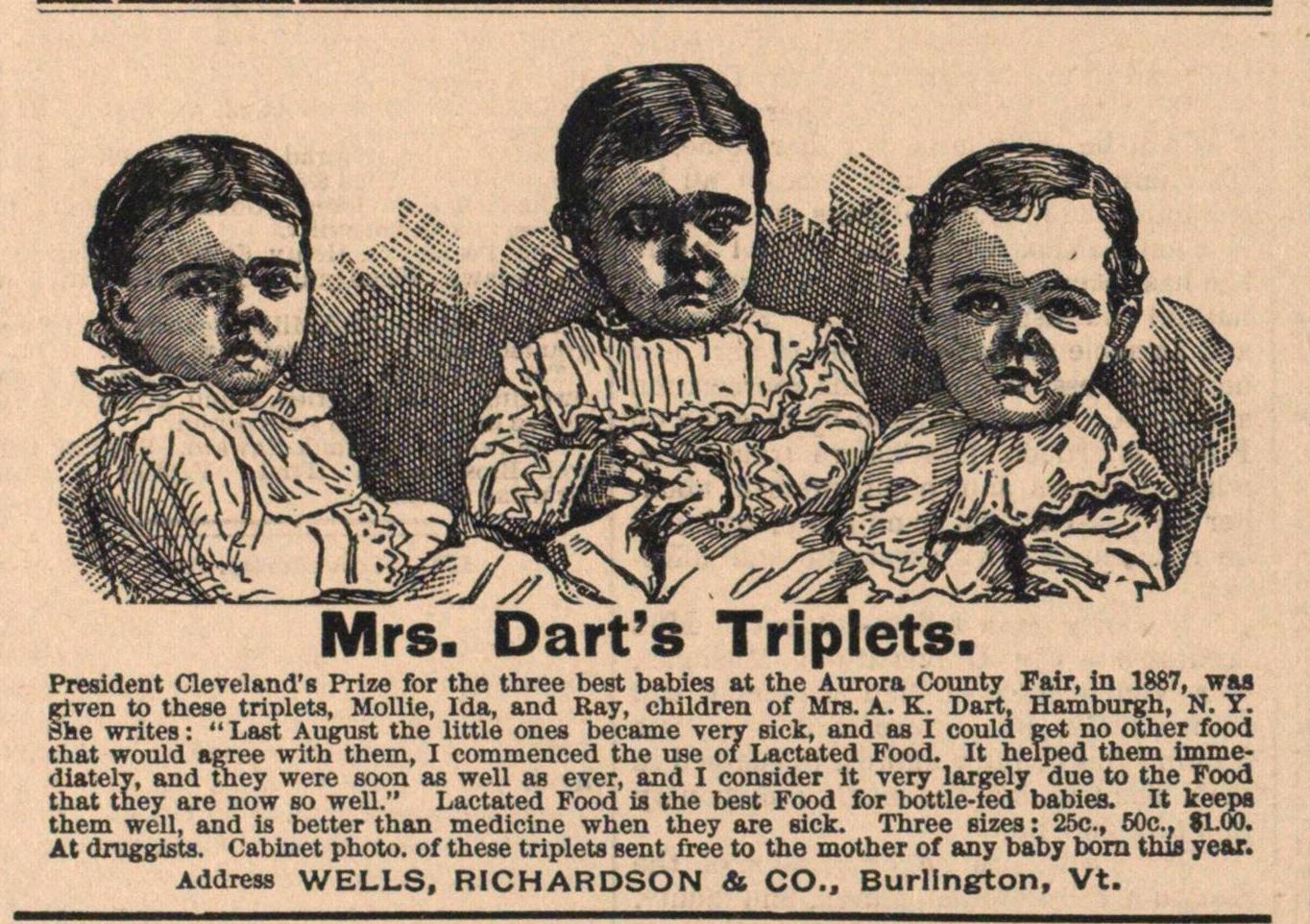 Mrs. Dart's Triplets. President Cleveland' 8 Prize for the three best bables at the Aurora County Fair, in 1887, tra (rtven to these triplets, Mollle, Ida, and Kay, children of Mrs. A. K. Dart, Hamburgh, N. T. She writes : " Last August the Uttle ones became very sick, and as I eould get no other food that would aeree wlth them, I commenced the use of Lactated Food. It helped them immedlately, and tney were soon as well as ever, and I consider It very largely due to the Food that they are now so well." Lactated Food is the best Food for bottle-ied bables. It keepa them well, and is better than medicine when they are sick. Three sizes : 25c., 50c, $1.00. At druggists. Cabinet photo. of these triplets sent free to the mother of any baby bom thjg year. Address WELLS, Burlington, Vt.