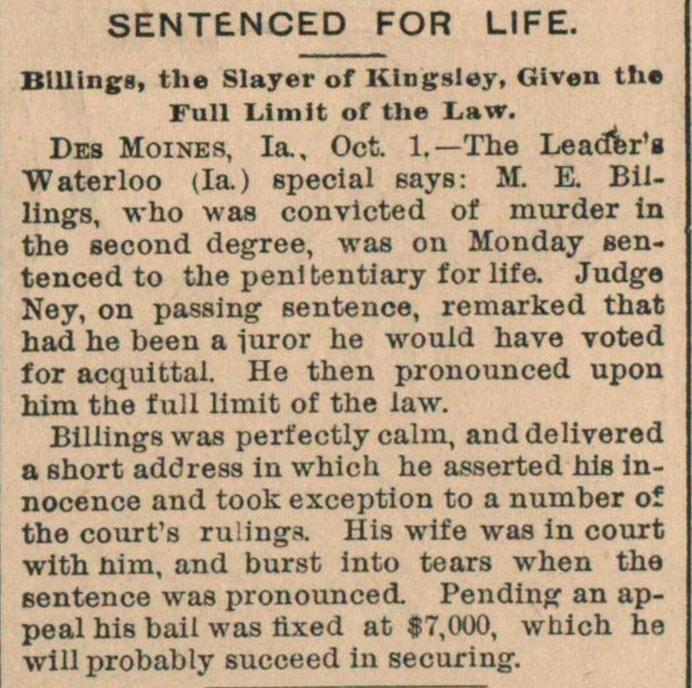 Des Moines, la., Oot. 1.- The Leader' i Waterloo (Ia.) special says: M. E. Billings, who was convicted of raurder Ín the second degree, was on Monday sentenced to the penitentiary for Ufe. Judgo Ney, on passing sentence, remarked that had he been a juror he would have voted íor acquittal. He then pronounced upon hira the lull limit of the law. Billings was períectly calm, and delivered a short address in which he asserted his innocence and took exception to a number oí the court's ruünga. His wife was in court with nim, and burst into tears when the sentence was pronounced. Pending an appeal his bail was tixed at $7,000, which he will probably succeed in securinjf.