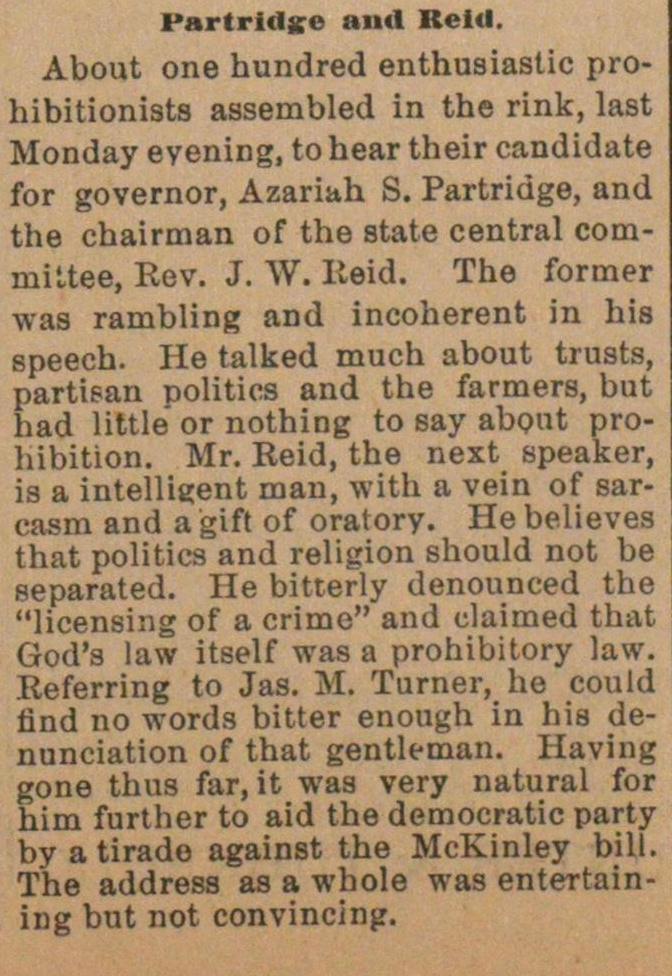 About one hundred enthusiaslic prohibitionists assembled in the rink, last Monday eyening, to hear their candidate for governor, Azariah S. Partridge, and the chairman of the state central comrnRtee, Rev. J. W. Reid. The fortner was rambling and incoherent in his speech. He talked much about trusts, partiean politics and the farmers, but had Httle" or nothing to say about prohibition. Mr. Reid, the next speaker, is a intelligent man, with a vein of sarcasm and a gift of oratory. He believes that politics and religión should not be separated. He bitterly denounced the "licensing of a crime" and claimed that God's law itself was a prohibitory law. Referring to Jas. M. Turner, he could find no words bitter enough in his denunciation of that gentleman. Having gone thus far.it was very natural for him further to aid the democratie party by a tirade against the McKinley bill. The address as a whole was entertaining but not convincinp.