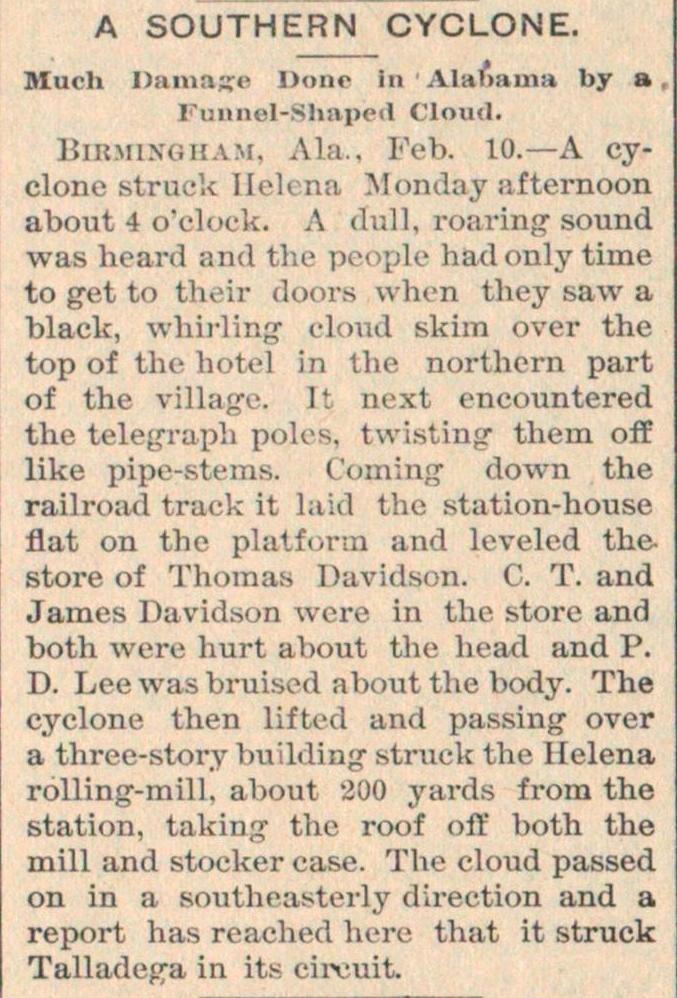 BnomreHAM, Ala.. Feb. 10. - A cyclone struelt IIoli na Mond&y nfternoon about 4 o'elock. A dull, roaring sound was heard and the people had only time to get to their doors ion tliey saw a black, whirling cloud skim over the top of the hotel n the northern part of the rillage. tt next encountered the telegraph polea, twisting them off like pipe-stems. Coming down the rallroad track it laid the station-house flat on the platform and leveled thestore of Thomas Davidson. C. T. and James Davidson were in the store and both were hurt about the head and P. D. Lee was bruised about the body. The cyclone then lifted and passing over a three-story building struck the Helena rolling-mill. about "200 yards from the station, taking the roof off both the mili and stocker case. The cloud passed on in a Boutheasterly direction and a report has reached here that it struck Talladega in its ciivuit.