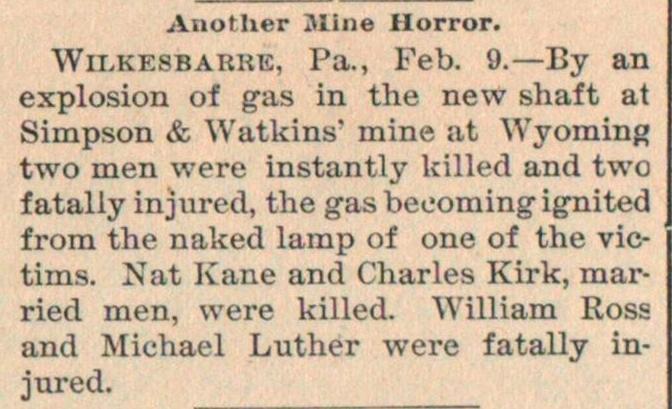 Wii-kesbarre, Pa., Feb. 9. - By an explosión of gas in the new shaft at Simpson & Watkins' mine at Wyoming two men were instantly killed and two fatally injured, the gas beeomingignited from the naked lamp of one of the victims. Nat Kane and Charles Kirk, married men, were killed. William Ross and Miohael Luther were fatally injured.