Gen. Wallace Says He Has Retired 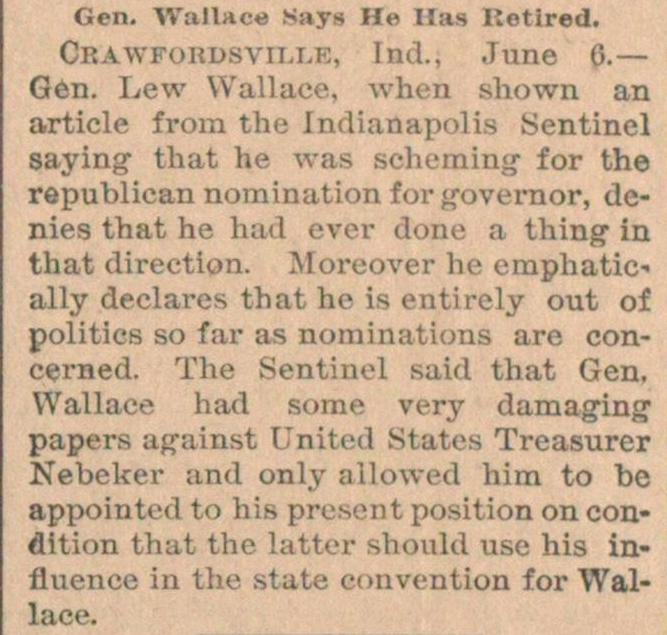 Crawfohdsvii.i.e. I ml., .lune 0. - Gen. Lew Wallace, when shown an article from the Indiaöapolia Sentinel saying that he as soheming for the republican nomination for tfovernor, denies that he huil ever done a thing1 in that direction. Moreover he cmphatically declares that he is entirely out of politics so far as nominations are concerned. ïhe Sentinel said that Gen, Wallace had sozne rery damaginjï papers against Dnited States Treasurer Nebeker :ind only allowed him to be appointed to his present position on conÉltion that the latter should use his influence in the stute convention for Wallace.