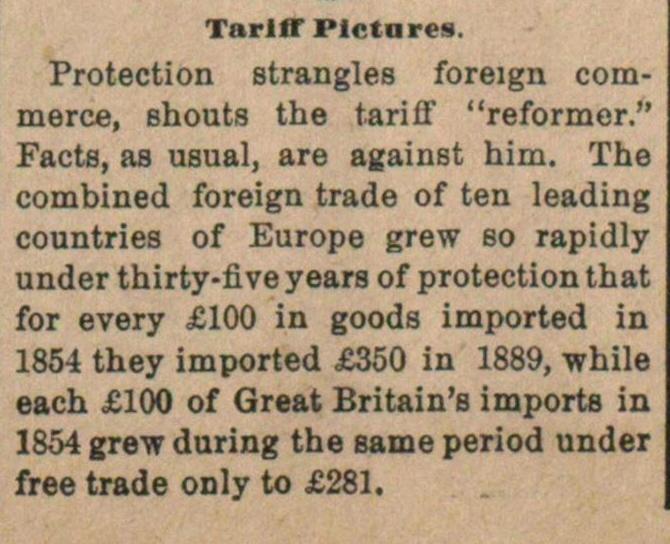 Protection strangles foreign commerce, ehouts the tariff "reformer." Facts, as usual, are against him. The combined foreign trade of ten leading countries of Europe grew so rapidly under thirty-fi ve years of protection that for every L100 in goods imported in 1854 they imported L350 in 1889, white each L100 of Great Britain's importa in 1854 grew during the same period under free trade only to L281.