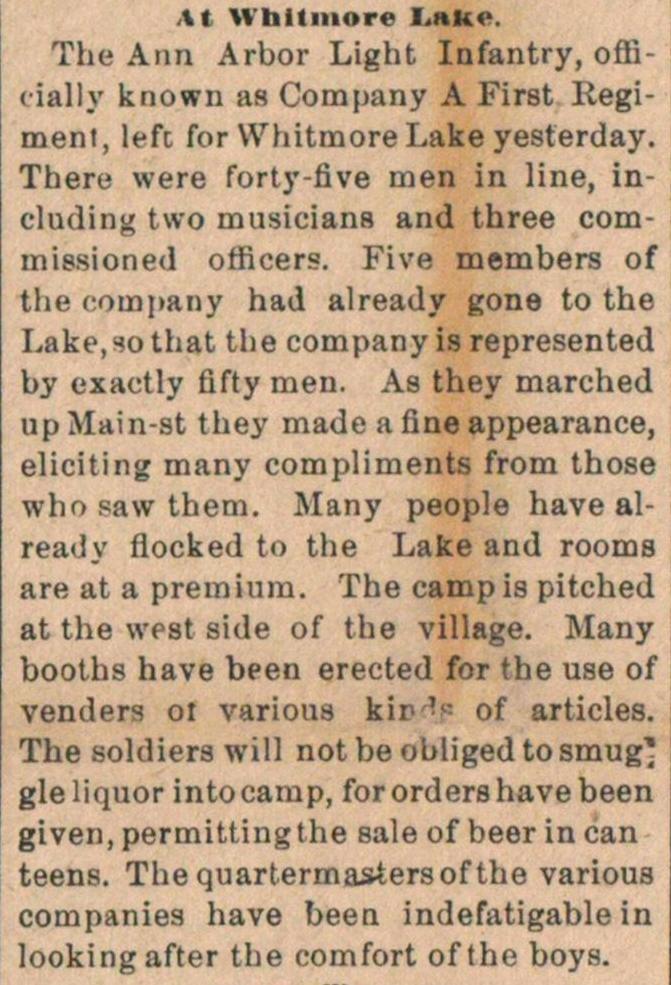 The Aun Arbor Light Infantry, offi ially known as Company A First Regí ment, left for WhitmoreLake yesterday Theru were forty-five men in line, in cluding two musicians and three com tnissioned officers. Five members o tlie coinpnny had already gone to the Lake.sothat the company is representei by exactly fifty men. As they marchec upMain-st they made a fine appearance eliciting many compliments from those who saw them. Many people have al ready flocked to the Lake and rooms are at a premium. The camp is pitchec at the west side of the village. Many booths have been erected for the use o venders ol various kir' of articles The soldiers will not be obliged to smug gle üquor into camp, for orders have been given.permittingthe sale of beer in can teens. Thequartermastersofthe various companies have been indefatigable in looking after the comfort of the boys.