Thrown From His Wagon 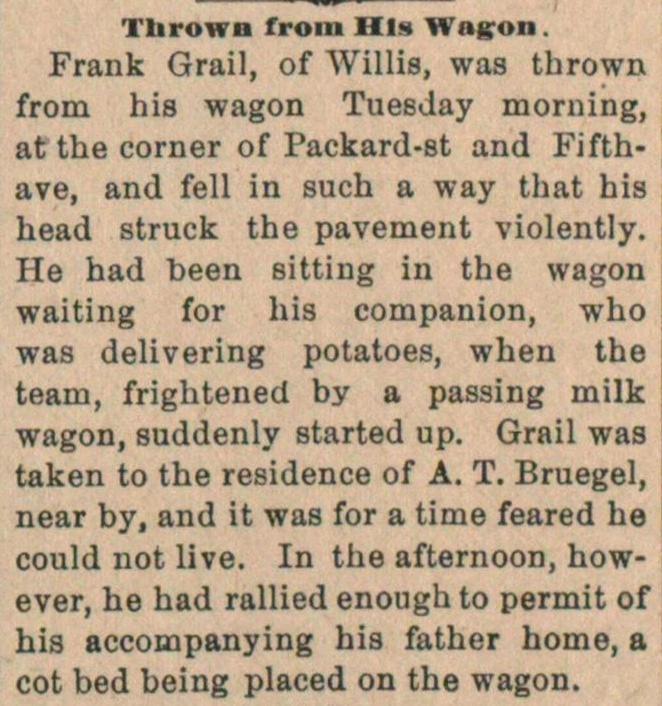 Frank Grail, of Willis, was thrown from his wagon Tuesday morning, at the corner of Packard-st and Fifthave, and feil in such a way that his head struck the pavement violently. He had been sitting in the wagon waiting for his companion, who was delivering potatoes, when the team, frightened by a passing milk wagon, suddenly started up. Grail was taken to the residence of A. T. Bruegel, near by, and it was for a time feared he could not live. In the afternoon, however, he had rallied enough to permit of his accompanying bis father home, a cot bed being placed on the wagon.