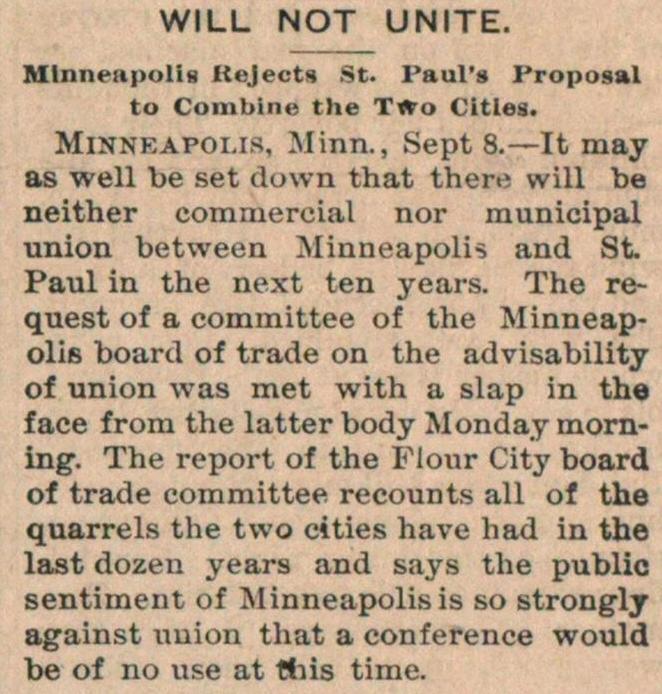 Minneapoi.is, Minn., Sept 8.- It may as well be set down that there will be neither commercial nor municipal unión between Minneapolis and St. Paul in the next ten years. The request of a committee of the Minneapolis board of trade on the advisability of union was met with a slap in the face f rom the latterbody Slonday morning. The report of the Flour City board of trade committee recounts all of the quarrels the two cities have had in the last dozen years and says the public sentiment of Jlinneapolisis so strongly against uuion that a conference would be of no use at this time.