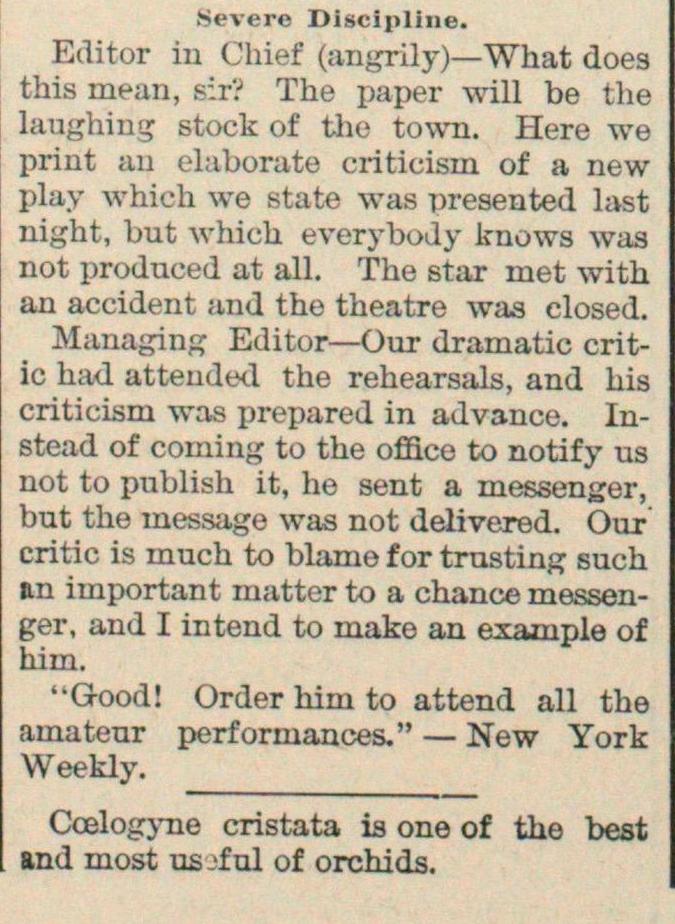 Editor in Chief (angrily)- What does this ineun, ailf The paper will be the laughing stock of the town. Here we print au elabórate criticism of a new plity which we state was presented last night, but which everyboJy knows was not produced at all. The star met with an accident and the theatre waa closed. Managing Editor- üur dramatic critic had atteuded the rehearsals, and his criticism was prepare J in advance. Instead of coming to the office to notify us not to pnblish it, he sent a messenger, but the message was not delivered. Oux critic is much to blame for trusting such nn important matter to a chance messenger, and I intend to make an example of hiin. 'Good! Order him to attend all the amatenr performances." - New York Weekly. Ccelogyne cristata is one of the best and most usjful of orchids.