Her Great Objection To The City 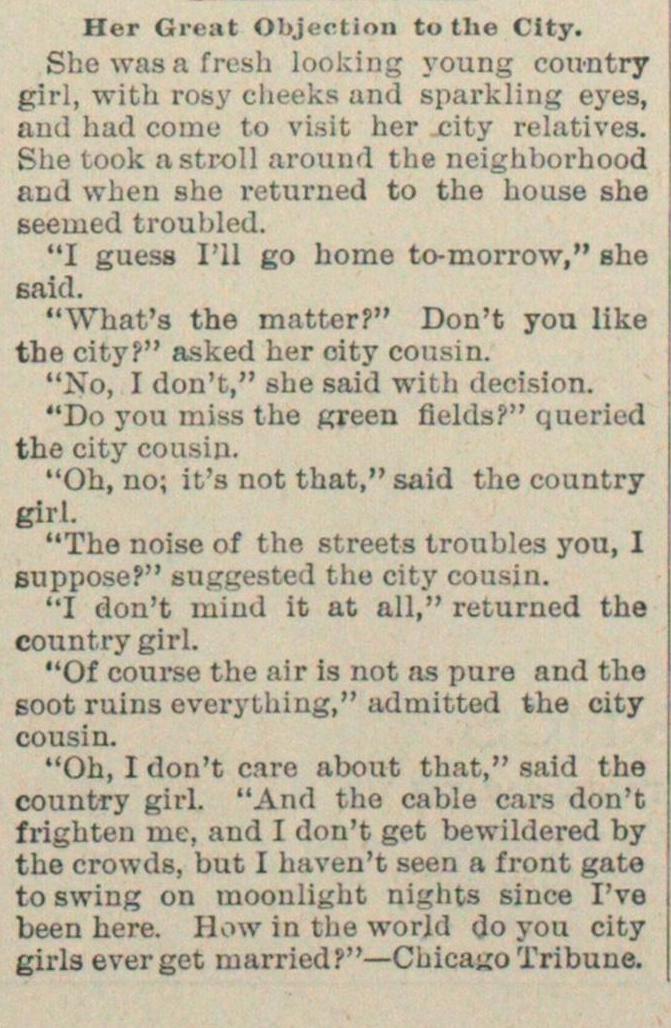 She was a fresh looking young country girl, with rnsy clu-fks md sparkling eyes, and had como tu vUit hor city relativas. She look nstroll around the neighborhood aud when she returned to the house she seeuied troubled. "I guess I'll go home to-morrow," she Baid. "What's the matter?" Don't you like the city?" asked her city cousin. "No, I don't," she said with decisión. "Do you miss the Kreen fields?" queriud the city cousin. "Oh, no; it's not that," said the country girl. "The noise of the streets troubles you, I suppose?" snggeated the city cousin. "I don't luiud it at all," returned the country girl. "Of course the air is not as pure and the soot ruins everything," admitted the city cousin. "Oh, I don't enre about that," said the country girl. "And the cable cars don't frighten me, and I don't get bewildered by j the crowds, but I haven't seen a front gate to swing on moonlight nights since I've I been here. How in the world do you city girlseverget marned? -