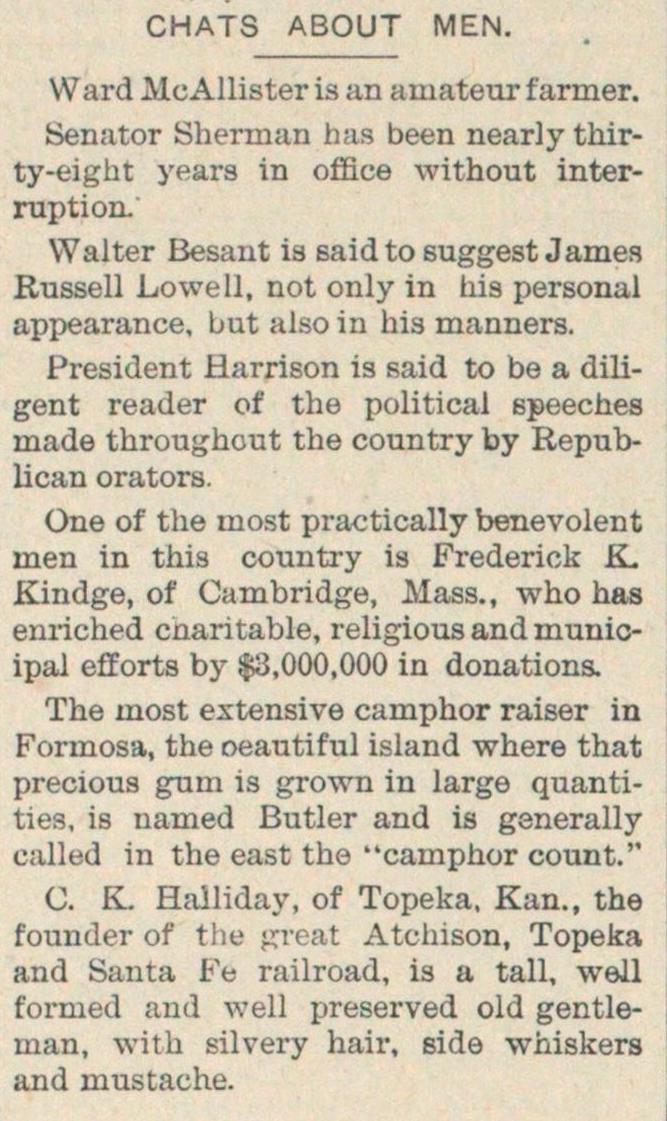 Ward Ale Allister is in amateur farmer. Senator Sherman has been nearly thirty-eight years in office without interruption. Walter Besant is said to suggest James Russell Lowell, not only in his personal appearance, but also in his marmers. President Harrison is said to be a diligent reader of the political speeches made throughout the country by Republican orators. One of the most practically benevolent men in thia country is Frederiok JL Kindge, of Cambridge, Mass., who has enriched cnaritable, religious and municipaJ efforts by $3,000,000 in donations. The most extensive camphor raiser in Formosa, the oeautiful island where that precious gum is grown in large quantities, is uamed Butler and is gsnerally called in the east the "camphor count." C. K. Halliday, of Topeka, Kan., the founder of the great Atchison, Topeka and Santa Fe railroad, is a tall, well formed and well preserved old gentleman, with silvery hair, side whiskers and mustache.